Govt to refer 4 new cases of misuse of authority, funds by Sharif family to NAB
18 Nov, 2018 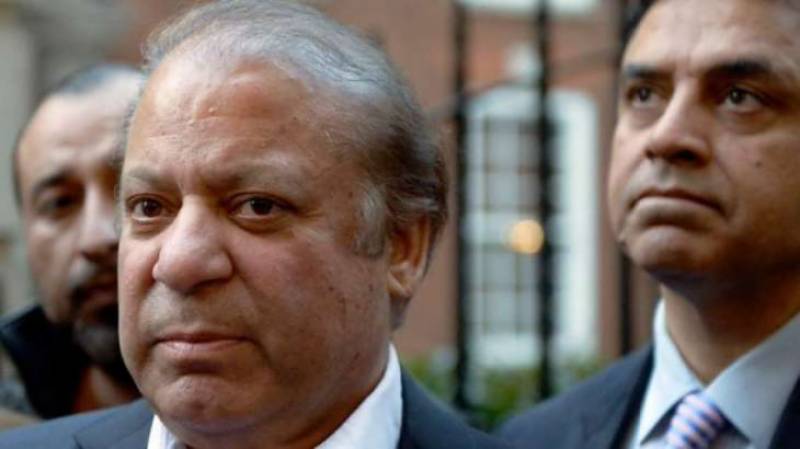 ISLAMABAD: The government on Saturday decided to refer four new cases regarding misuse of authority and funds by the to Sharif family to the National Accountability Bureau (NAB) for investigation.

Addressing a joint news conference here, Adviser to the Prime Minister on Media Affairs Iftikhar Durrani and Special Assistant to the Prime Minister (SPAM) on Accountability Shahzad Akbar said the cases included misuse of funds in erecting a security fence around their Raiwind Palace, plundering funds allocated for entertainment and gifts, unauthorized use of the prime minister's aircraft by Shehbaz Sharif and Maryam Nawaz, causing irreparable loss to the national exchequer.

Iftikhar Durrani said Prime Minister Imran Khan had paid all the expenses for the security fence erected as per the Blue Book at his Banigala residence, while the Sharif family had spent the taxpayers’ money for the purpose.

About Rs 600 million was spent to secure the “Raiwind Mahal”, which was tantamount to misusing the authority and funds, he added.

Shahzad Akbar said the record of the Prime Minister and Punjab Chief Minister houses would be handed over to NAB to probe the cases.

He said the previous rulers had been using the taxpayers money lavishly. The budget of Chief Minister House was enhanced manifold during the years 2013-2018 with malafide intention, he added.

He said the Assets Recovery Unit was in process of referring a case about the Sharif's family's new property unearthed in London to NAB. "The information about the property was revealed by media. Investigative journalists had done the job that I was supposed to do. The media is the closest partner in the responsibilities put on my shoulder to identify the corrupt elements and corrupt practices."

A news channel, he said, had flashed the news of the property [Frederick Close] located in Central London of around 2.3 million pound value. The documents regrading its ownership and rental income from 2012 to 2016 had been available, "but were buried in files".

According to those documents, he said, the property was in the name of Begum Kulsoom Nawaz, late wife of former prime minister Nawaz Sharif.

The SPAM said as prime minister and a Member of the National Assembly (MNA), it was Nawaz Sharif's responsibility to declare the assets owned by his dependents, including his wife.

He said the declaration of spouse's assets by every citizen were mandatory to be made in wealth statements while a member of the parliament was also required to do so in nomination forms submitted with the Election Commission of Pakistan's (ECP) for taking part in election, he added.

Parliamentarians were also supposed to submit their annual declarations with the ECP mentioning their own assets and those of their spouses, he added.

He said it was a fit case of assets beyond known sources of income as the former prime minister had not disclosed the new property of his late wife in London in any declaration submitted with the ECP or wealth statements.

He said it was the domain of NAB to carry out investigation into having assets beyond known sources of income while the Federal Bureau of Revenue (FBR) would look into tax related matters.

He said they had requested Britain for fresh ownership documents of the property. According to the land registry, the property was transferred to Hassan Nawaz in August 2016. The property had lately been sold in March 2018, he added.

"We have asked Britain to provide all the documents related to property. We may receive the documents in a week or two. Each and every thing will be shared with the media."

To a question, he said the government was inking agreements with various countries for data sharing.

Iftikhar Durrani said the information shared by China about the Multan Metro Bus Project would be shared with the media soon. Corrupt practices of former rulers were surfacing one after the other though they were denying to possess any land at home or abroad. Even they had distanced themselves from the contents of Qatari letters, he added.

The adviser said the incumbent government had introduced a comprehensive austerity drive in all the departments.

The amount saved so far on account of curtailing the expenditures of the Prime Minister’s House was Rs 146.8 million, which would further increase at the culmination of full one year. The saved amount would be spent on public welfare projects, including health and nutrition sectors, he added.

He said repair and maintenance cost of the Prime Minister's House had been reduced to Rs 3.4 million from Rs 8 million.

To a question, he said the performance of the Pakistan Tehreek-e-Insaf government would be shared with the media on completion of its first 100 days in office.