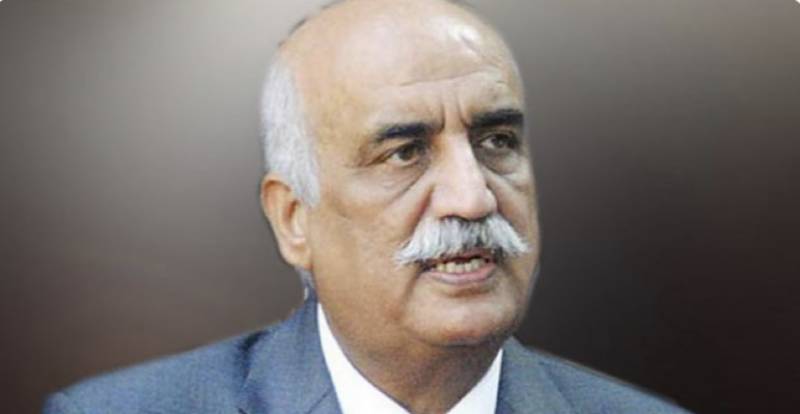 *ISLAMABAD: The government has decided to bring the electoral reforms bill in the National Assembly next week. *

Talking to media, Federal Minister for Water Resources Syed Khursheed Shah has said that the government will bring legal and electoral reforms before and after the upcoming Federal Budget. “Next elections could not be held before the electoral reforms,” Shah said.

“The election commission has demanded seven months for preparations to hold the next general election,” People’s Party veteran Khursheed Shah said. The elections are not possible to hold by October or November this year, he further said.

Replying a question, federal minister said that the coalition parties have not yet decided about bringing a no-confidence motion against the incumbent Chairman Senate.

On a question Khursheed Shah said that Imran Khan’s movement is not against the government, ” It is against the state”. “The PPP was not consulted over the cases against Imran Khan link,” he said.

“Imran Khan’s government was removed with a procedure allowed in the constitution,” PPP leader said.

Commenting on political situation after the Supreme Court’s verdict on Presidential Reference for interpretation of the Article 63-A link, Khursheed Shah said that Hamza Shehbaz have still majority of four votes in Punjab Assembly.