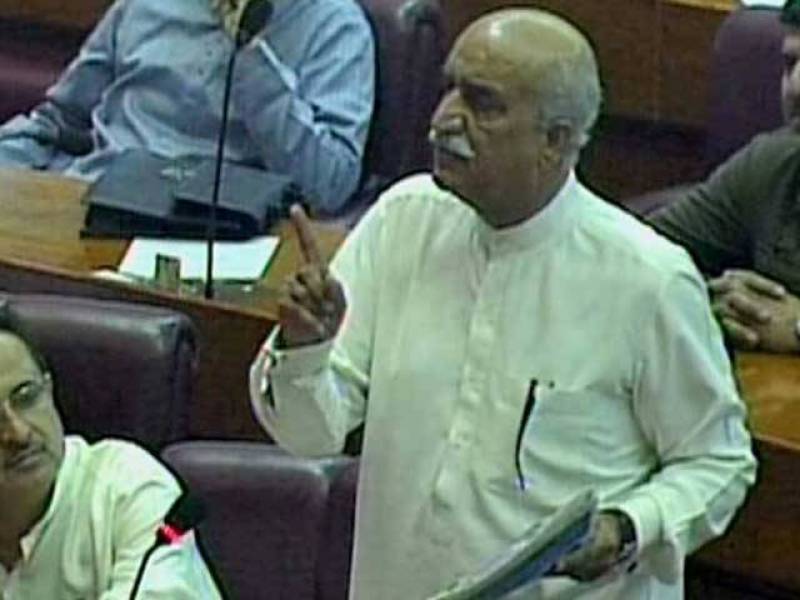 While addressing in National Assembly session here at today, Khurshid Shah pointed out that PM Nawaz said that country laws are not implemented  on his sons while how can they use facility of green passports if they cannot pay tax to Pakistan.

Talking about Panama leaks issue, Khurshid Shah made it clear that the matter has not ended as it is the beginning of the issue of Panama leaks.

Lashing out at PM Nawaz, Khurshid Shah added that question is that how Sharif family sent their money abroad despite of nationalization of their Itefaq Foundry while we all are public property and nation should know about ourselves.

Khurshid Shah recalled that founder of Pakistan Quaid-e-Azam paid 4,490 tax in 1938 but present PM Nawaz paid only Rs. 2700 tax in 1992. Shah questioned was Quaid-e-Azam owner of flats, companies and offshore companies at that time? He did not have any Itefaq foundry and steel mill but despite of it he fulfilled his national responsibility.