Peace Zones for migrants suggested in Afghanistan near Af-Pak border
18 May, 2016 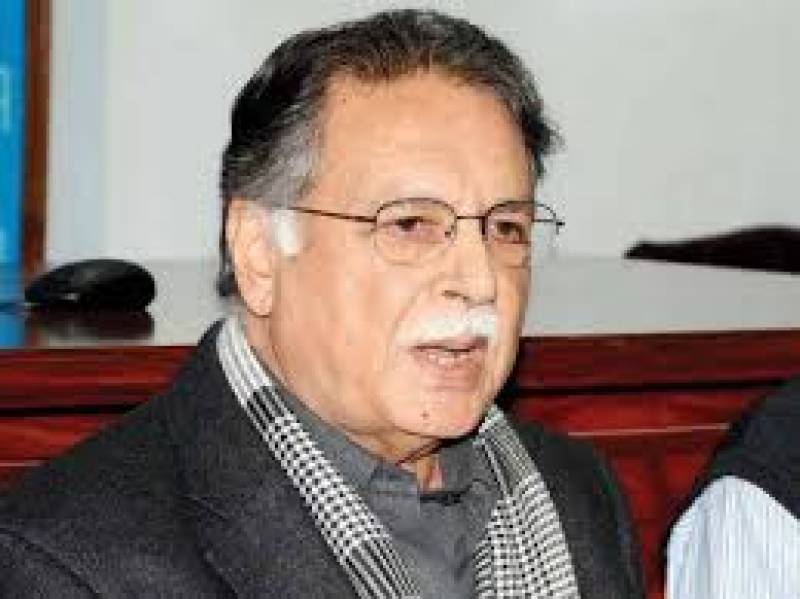 Minister for Information, Broadcasting and National Heritage Senator Pervaiz Rashid Tuesday said that peace zones should be established in Afghanistan near Pak-Afghan border so that the people are not forced to migrate to Pakistan.

He said the world community including regional states and especially international organizations should help Afghanistan to build economic opportunities, skills and development to the war threatened people.

He was speaking at the concluding ceremony of a two-day conference on "Refugee Crisis and its Ramifications for Global and National Security," organized by South Asian Strategic Stability Institute (SASSI) University here.

He said Pakistan's fundamental priority is the early return of Afghan refugees and their reintegration in Afghan society, "for which we need to work closely with the Government of Afghanistan, UNHCR and other relevant players."

He said Pakistan had maintained a policy of temporary protection with voluntary return as the preferred option; however the goal of comprehensive repatriation remained elusive.

Pakistan had fulfilled its international responsibilities in good faith by allowing Afghan refugees to live in serenity on its territory for more than three decades, he added.

He said the whole world was experiencing refugee crisis more severe than anything it had seen in decades. Almost 39 million people had been forced to flee their homes due to conflicts or natural disasters, he added.

People displaced inside their countries face the same hardships as refugees but lacked protection under international law, he said.

He said that the world media had failed to cover an important issue, the arrival of Afghan refugees to Pakistan. Pakistan has hosted one of the largest displaced populations in the world for a long time.

Now some 1.7 million refugees, undoubtedly, posed serious implications for Pakistan but it had been a better host than many other countries  and had traditionally welcomed and accommodated them, he added.

Pakistan, a developing country with a population of 182.1 million, now anticipated the return of all the Afghan refugees,  the minister added.

International media had only provided coverage to the refugees arriving in Europe from Syria and other poorer parts of the world as well as those that were arriving in mostly western countries including Europe, the United States and Australia, he said.