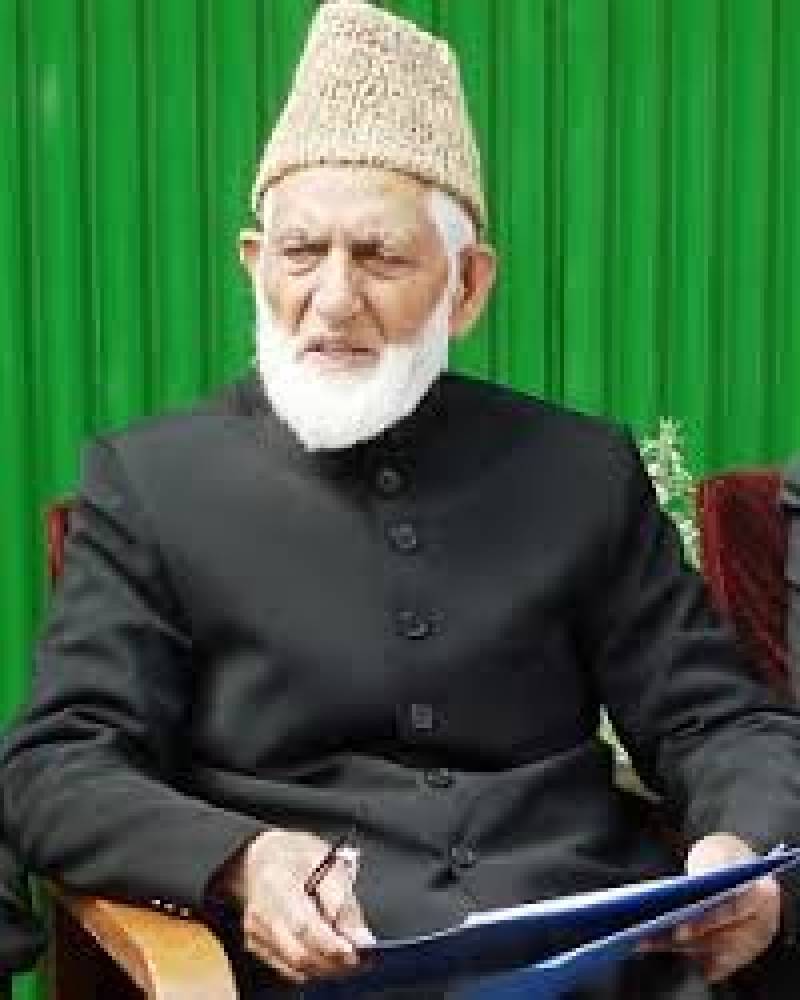 All Parties Hurriyet Conference Chairman, Syed Ali Gilani has demanded investigation into the molestation of Handwara girl by an Indian army soldier by an impartial commission.

Syed Ali Gilani in a statement issued in Srinagar demanded immediate action against high officials of Indian army and police involved in the crime, KMS reported.

He termed the revelations made by the victim girl as reflection of the grave crimes of the men in uniform against the women in Kashmir.

"India has always tried to protect its forces personnel and hide their crime against the women in Kashmir. A senior most leader of BJP has on record said that `we can't punish our soldiers who are involved in the crimes against women in Kashmir because it will affect their moral'," he deplored.

"This policy has made the Indian army more bold and brave in committing these crimes and they don't hesitate in doing such acts," Gilani added.

Strongly criticizing the police for their leading role in the cover up of the crimes, Gilani further said, "The way the police have tried to hide the crime in Handwara and save the involved army personnel, is very sorrowful and concerning."

He demanded immediate suspension of SP Handwara and other guilty police personnel and investigation of this incident by some independent commission.

"The police in this region have turned into a mafia and instead of saving people and controlling crimes they are siding with the criminals and are misusing their powers against the general public. This filthy and criminal character of the police has made the common man of Kashmir extremely unsafe," he pointed out.

He added, "Corruption in police department is so organized that it has become a kind of trade within the department and the corruption money flows from top to the bottom smoothly."