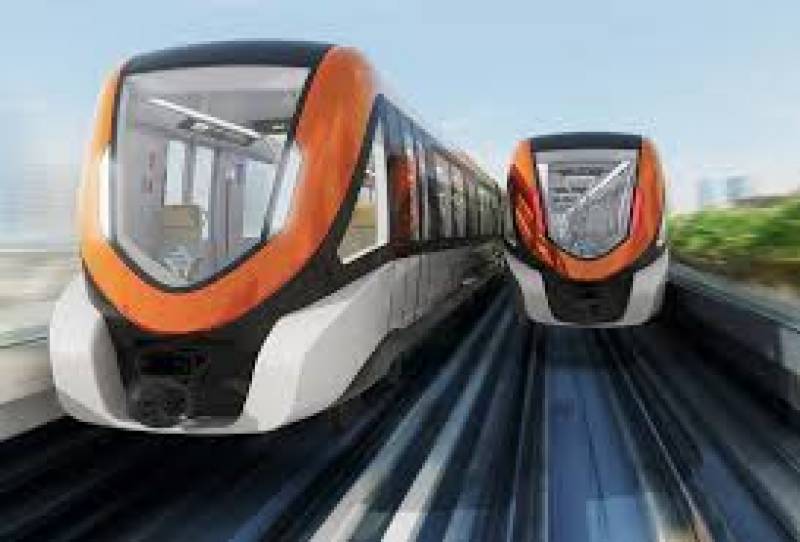 Chairman of the steering committee for Orange Line Metro Train (OLMT) Khawaja Ahmad Hassan Tuesday said that EXIM Bank of China had released the first tranche of US $331.08 million (Rs 34 billion) for OLMT.

Addressing a press conference at 90 Shahra Quaid-e-Azam here he said that despite all rumours, misinformation and speculations, release  of such a huge amount to Pakistan was the manifestation of trust and confidence of the Chinese government in the leadership of Prime Minister Muhammad Nawaz Sharif and Punjab Chief Minister Muhammad Shahbaz Sharif.

No financial institution dares extending even a small loan under uncertain circumstances; issuance of such a big lending was a big credit and an acknowledgement of the credibility and transparency of the PML-N leadership, he added.

He said that despite the fact that the government had been giving clarifications and responding to objections, still vested interest were making every possible effort to make the OLMT project controversial which was unfortunate.

He said that never in the past it happened that tendering took place in a government-to-government mode of cooperation.

"The Public Procurement Regulatory Authority (PPRA) rules are not applicable when there are transactions at the government-to-government level," he added.

Secondly, he said, tendering was followed by negotiations with the lowest bidders to further solicit concessions.

He said that CN-NORINCO had quoted a bid price of $2.139 billion for the project and after negotiations with the Punjab government, in which the chief minister took active part, the bid was settled at $1.47 billion (without contingency) as the final cost of the project.

Thus the government saved $600 million through negotiations, he added.

He said that departing from its policy, China handed over the entire civil works to the Punjab government, which resulted in additional saving of Rs 6 billion in the sub-contracting.

Khawaja Hassan said that a total sum of Rs 78.5 billion was saved in the OLMT project alone, which was made possible with the full support and backing of the Chinese friends.

He said that both President Xi Jinping and Premier Li Keqiang had described the OLMT as a gift of China for the people of Pakistan and it will be a living symbol of ever-lasting and ever-expanding friendship between China and Pakistan.

To a question, he said that initially, 250,000 people will benefit from this facility on daily basis and the capacity will further increase to 500,000 passengers by 2025.

He said that in terms of travel time savings and vehicle operating cost savings, train will achieve a saving of Rs 14.9 billion in the first five years of operation and Rs 39.38 billion annually on an average over a period of 30 years.

Besides reducing congestion of traffic on the side roads, its end-to-end travel time will be 45 minutes, only compared to 2.5 hours, spent presently while travelling both ends of the route, he observed.

Khawaja Hassan said that in February 2014, President Xi Jinping and Premier Li announced this great gift for the people of Pakistan and the framework agreement was signed in May 2014.

He expressed the government's firm resolve to complete the project with utmost honesty, dedication and commitment.

He said though the construction period is 27 months, we have been given assurance that it will be completed in 24 months.