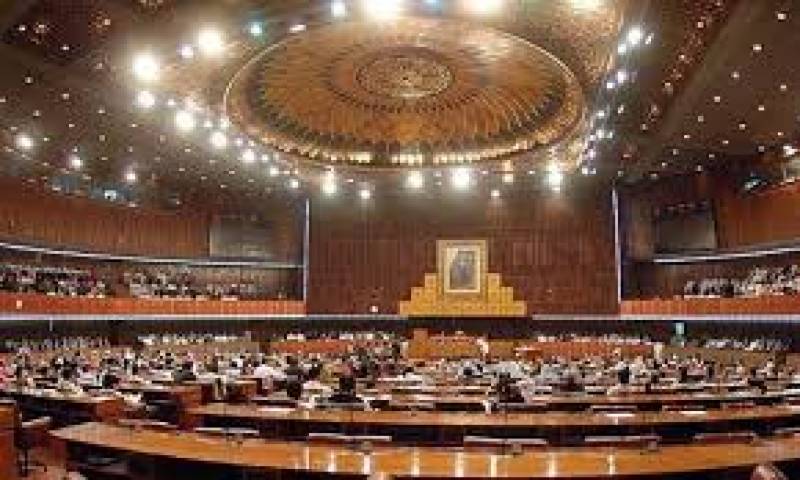 The National Assembly on Wednesday started debate on Panama Leaks papers by suspending the Question Hour. Speaker Sardar Ayaz Sadiq informed the House that it was decided in a meeting of Parliamentary parties to suspend Question Hour, as the members wanted to discuss Panama Papers.

Meanwhile, Minister for Finance Mohammad Ishaq Dar presented interim report of the Parliamentary Committee on Electoral Reforms in the House. He said it was decided to bring 22nd Constitutanal Amendment regarding appointment of members of the Election Commission of Pakistan (ECP) as the term of current ECP's members being completed on June 10 this year.

The minister said that there would be a vacuum if the Amendment was not taken up and "it is necessary to bring the Amendment before June 10, 2016". He said that the President would address the joint sitting of the Parliament on June 2 while the Federal budget would be presented on June 3.

He said the bill was drafted through consensus of all political parties. "If the House passes the bill today then its report will be presented in the Senate tomorrow", he added.