What Asif Zardari writes in his article published in FORBES magazine
18 Mar, 2017 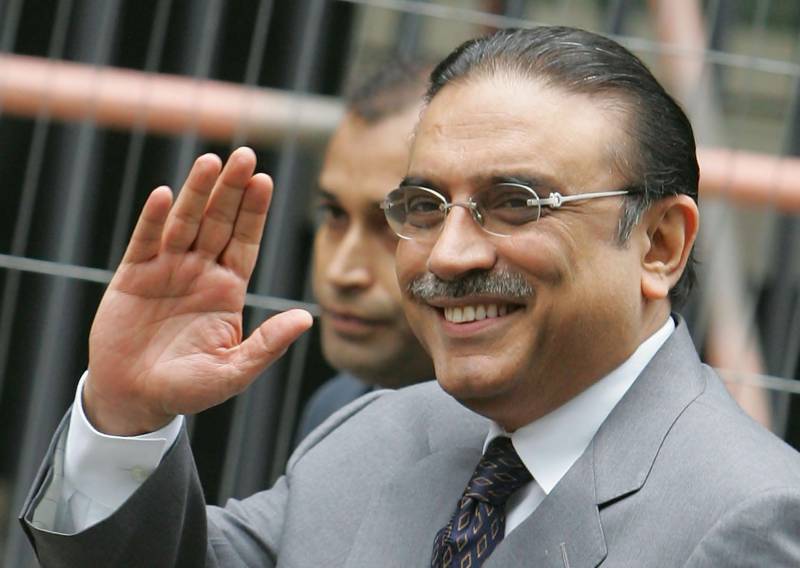 ISLAMABAD: Former President of Pakistan and currently PPP co-chairman Asif Ali Zardari penned an article for an international magazine in which he hoped the United States of America continues to develop Pakistan's economy and more cooperation between the two states in fighting against militancy in the country.

In his recent article in Forbes magazine, Zardari stated that US and Pakistan have jointly done well against extremists by dismantling Al-Qaeda's network and rooted out extremists' safe havens. However, he claimed that Pakistan had suffered huge economic losses as a result of directly fighting terrorists.

"These successes come at no small price. Pakistan has lost over 60,000 people, both civilian and military, as a direct result of offensives against terrorist networks. The economic cost to Pakistan is currently above $60 billion and continues to climb," he writes.

He was quite critical of the Congress' initiative to cut down reimbursements to Pakistan under the Coalition Support Fund (CSF), claiming that such measure coupled with Congress' decision to block much-needed sales of F-16s to Pakistan have resulted in extremists are 'slipping over the border' to undermine the whole effort. Zardari also warned of the waning community partnerships which are crucial in beating militants.

"Pakistani civilians are war-weary and feel abandoned, their sacrifices undermined. This is perhaps the most dangerous result, as community partnerships are critical in a fight against non-state actors," he stated. "To prevent unnecessary backsliding and the tragic costs that follow, we must renew our common goals and craft a streamlined strategy that galvanizes both the military and civilians in this war of ideas."