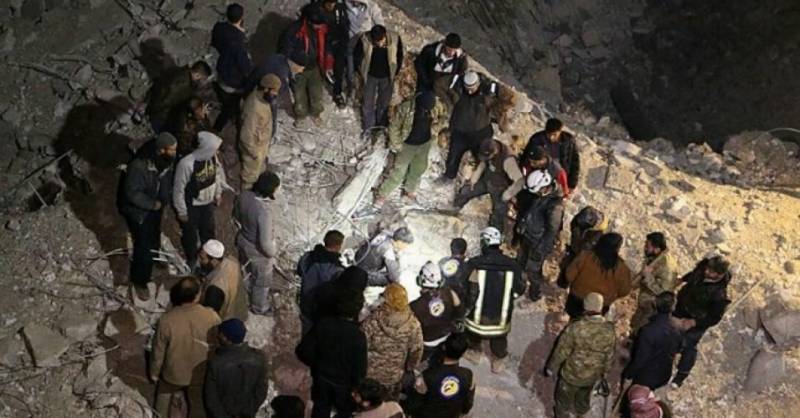 WASHINGTON: A US air strike in northern Syria did not hit a mosque, but rather a nearby building with "dozens" of Al-Qaeda members inside, the Pentagon said Friday as it published a photo of the strike´s aftermath.

"The building we targeted was adjacent" and the strike "clearly hit the intended target," he added. The Pentagon provided a black-and-white image depicting what appeared to be an old mosque with a flattened building a short distance away.

Davis did not say what that destroyed building´s purpose had been or whether it could have been somehow connected to the old mosque in the village of Al-Jineh.

The Pentagon does not currently believe there were any civilian casualties resulting from the strike, but Davis said "several terrorists" were killed when the meeting of "dozens" of Al-Qaeda leadership figures in the building was hit.

The head of the Britain-based Observatory said that aside from the 42 people killed, more than 100 were wounded and that many remained trapped under the collapsed structure.

Rescue workers struggled to pull survivors from rubble, and dozens of residents were still unaccounted for, the Observatory said. Abu Muhammed, a village resident, told AFP that he "heard powerful explosions when the mosque was hit. It was right after the prayer at a time when there is usually religious lessons for men in it."

An AFP reporter at the scene said rescuers earlier left the wreckage site but were forced to double back when they heard moaning coming from the debris.