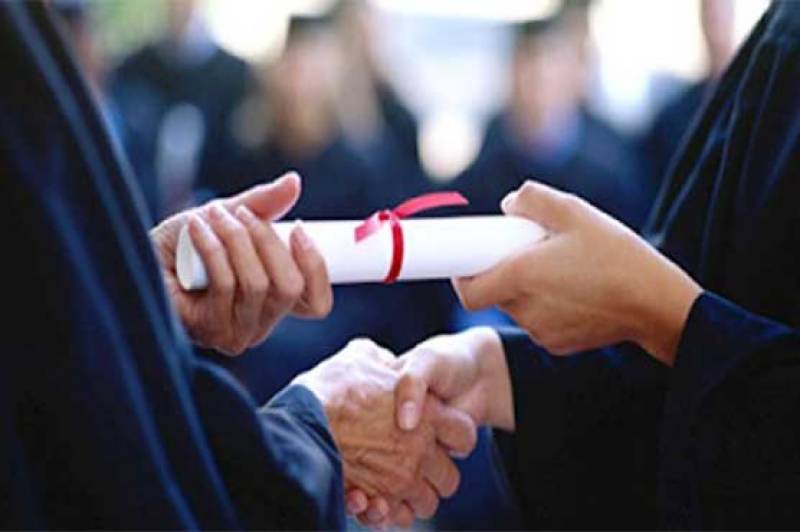 ISLAMABAD: (APP) The Higher Education Commission (HEC) said on Friday it will discontinue the two-year bachelor's and master's degree programs from 2018 and 2020 onwards respectively.

The HEC in a notification said it will only recognise all bachelor degrees awarded after four years or eight semesters of studies, a private news channel reported on Saturday.

However, the Punjab education commission has refused to obey the order.

After implementation of 18th amendment, the authority of health and education has been transferred to the provinces.

HEC cannot issue notification without formal consent of commission. Currently, prime minister has not issued notification for appointment of nine members of HEC. According to policy, the commission cannot take decision in absence of any member.

It has to be noted that formation of the commission is still pending despite span of three and half years.