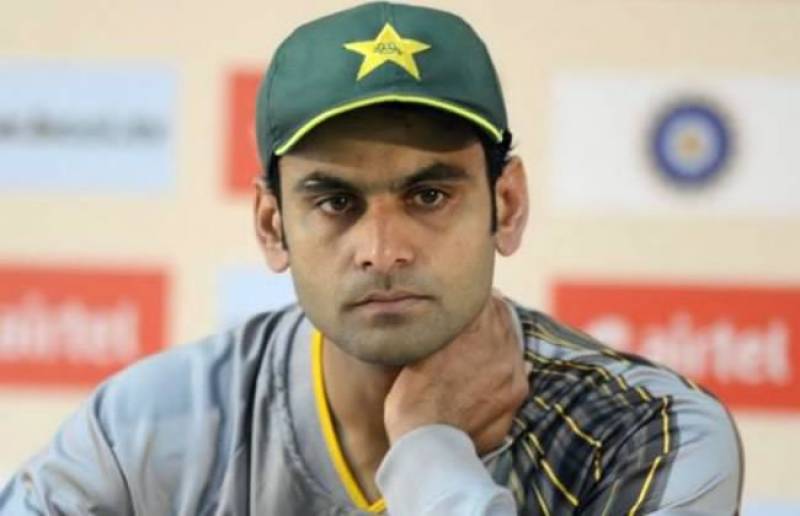 Veteran all-rounder Mohammad Hafeez thinks players proven guilty of corruption in cricket should be punished to the fullest so that people think twice before committing such a felony.

Hafeez was talking to the members of Sports Journalists Association of Lahore when he revealed that his stance was, is and will always remain the same regarding players convicted of spot-fixing.

“Everyone can have their opinion but mine is quite strong on spot-fixing,” said Hafeez. “It is a principled stance. It didn’t change for any individual and neither will it. The stance is that whoever hurts the reputation of Pakistan and is proven guilty, he shouldn’t get that respect back. It is that simple.”

The 36-year-old said that the Pakistan Super League (PSL) corruption scandal, under which five players have already been suspended, is a painful reality which everyone related to cricket is facing.

“It is a painful reality that we are facing now,” he said. “I can’t talk about it since anything hasn’t been proven yet, but the occurrence of such a case within the confines of Pakistan cricket is painful.”

He further explained why Pakistani cricketers are hurt after the incident. “The reason is that after the 2010 incident, we put a lot of curfews on ourselves to stay away from it [corruption].”

Right-hand batsman feels that a person admitting to have committed spot-fixing but only by mistake is a liar. “Whoever plays for Pakistan is responsible to uphold the respect that he gets, on an individual level. And if someone tells me that it was a mistake, I don’t consider it that, I will say he is lying, I think it’s a crime.”

Hafeez said the punishment for the guilty players this time around should be enough to put fears in other players’ minds. “It is high time that stern decision is made about players who have been proven guilty to set an example for others. An example of sorts should be made so that everyone should fear doing anything like this ever again.”

Hafeez made his way back into the ODI and T20I squads for the upcoming tour of the West Indies, and he thinks he has earned his selection.

“During the PSL, I struggled a lot with the bat and I was worried but I was delivering as a bowler,” said Hafeez. “I regained by confidence after the innings during the first playoff [against Quetta Gladiators]. Meanwhile, the selectors opt for a player after looking at the conditions and the requirements in the team. I hope to live up to the expectations of the selectors and will try my best to help the team [in West Indies].”