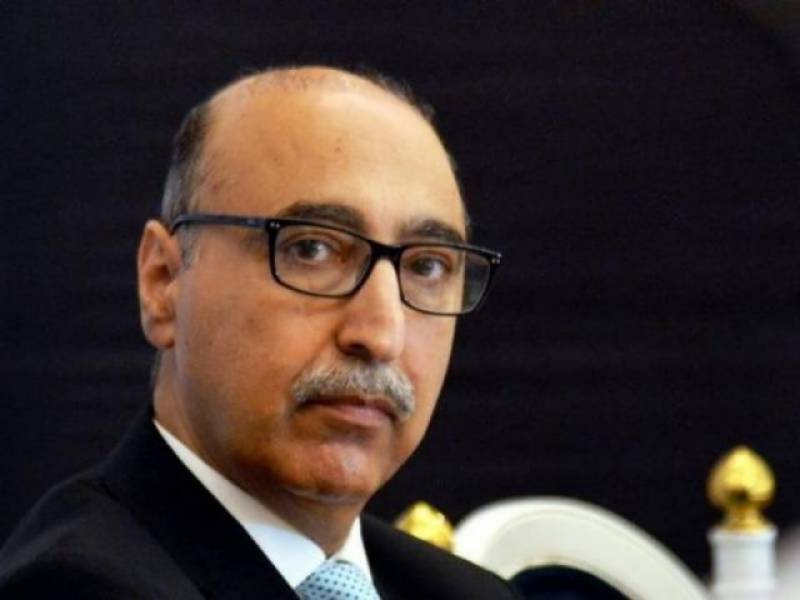 ISLAMABAD: (APP) Pakistan High Commissioner to India Abdul Basit has urged the Indian government to create a conducive environment by restoring the spirit of cooperation, thus paving way for settlement of core issues like Jammu and Kashmir.

"What I underline is that we need an overall conducive environment. When we are not talking to each other, when we are avoiding each other and when there is no environment of cooperation, then how you can expect to move forward," he said in response to queries from the host of India Today tv programme "India Conclave 2017" telecast on Saturday.

Basit said the two countries needed to decide over the fundamental issues like Jammu and Kashmir first before moving to other issues like terrorism which also posed an equal challenge to both the neighbouring countries.

"We need to be sitting across the table to discuss the difficult issues. We cannot expect progress in vacuum," he opined.

Pakistan's envoy further said terrorism was no doubt, a serious challenge to their countries, but at the end of the day, they had to discuss the other serious issues which were also of equally importance and impacted the bilateral ties like the Indian Occupied Kashmir, Siachen and Sir Creek.

He stressed that these were the core issues which required to be dealt simultaneously.

Basit to another question maintained that terrorism issue could not alone define the entire gamut of bilateral ties between India and Pakistan.

"By creating hype around it (terrorism), you cannot wish away other issues like Jammu and Kashmir," he added.

About Mumbai attack trials, he said both governments were cooperating and expediting the process and expressed the hope that they would be able to make progress.

He said it was taking time as the crime was committed in India and trial was being held in Pakistan.

Our suggestion to Indian friends would be not to jump the gun. Trial was underway, both countries were in touch and bilateral cooperation was needed to bring the perpetrators to justice, he added.

He underlined the need to assist the court to dispense justice and rejected the presumption that issues like Mumbai attack defined the bilateral ties.

Replying to a question about Hafiz Saeed, Basit said he had been put under house arrest and asked India to not "jump the gun". He expressed the hope that India would share evidences in this regard.

Pakistan High Commissioner said India needed to take basic decision over the bilateral ties whether to be influenced by such kind of acute approaches or to move ahead.

He stressed Indian authorities to overcome the hostilities which preceded incidents like Mumbai or Samjhota Express.

Basit also advised his hosts to end the blame game as it could lead to nowhere.

About 70,000 innocent lives had been lost in the war against terrorism in Pakistan, he said and quoted a US high official who had admitted that Pakistan was being destabilized through Afghanistan.

The TTP leadership had found sanctuaries inside Afghanistan and were being provided with fundings to carry out terrorists activities in Pakistan, he added.

Regarding a question to Pathankot attack, Basit said it required restoration of spirit of cooperation on part of his hosts.

He viewed that his neighbouring country should overcome its prejudices against Pakistan.

Basit categorically stated that democracy in Pakistan was being strengthened as the country had come a long way on this path and noted that some people found it difficult to do away with their pathological biases against the country.

He further said that nobody could condone or justify terrorism.