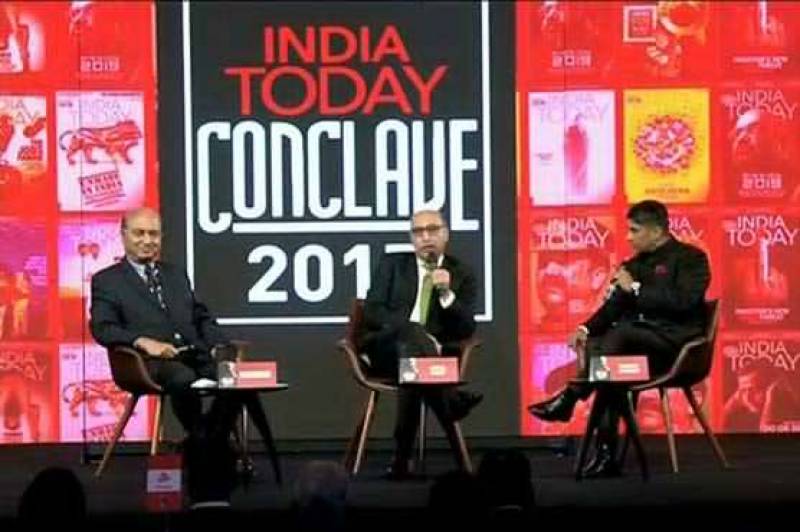 He was speaking at ‘India Today Conclave 2017’ organised in New Delhi.

To a question regarding probe into Mumbai attacks case, Abdul Basit said: “It is a very complex case. The crime was committed in India whereas the trial is taking place in Pakistan and these trials do take time. I would not like to offend anyone here but how much time it has taken for India to try those perpetrators of the Samjhauta Express blast.”

“Our suggestion, our submission to our Indian friends is that please do not jump the gun. The trial is underway which would require cooperation by the two governments and I hope as I said earlier the two governments are in touch with each other with a view to expediting the trial,” he added.

Basit insisted that bilateral cooperation is a must in order to bring the perpetrators to justice.

Earlier on Friday, a Special National Investigation Agency (NIA) court in India summoned 13 Pakistani witnesses in the 2007 Samjhauta Express bomb blast case to appear in court from July 4 to 7, the Indian Express reported.

The blasts had occurred near Dewana railway station in Panipat district of Haryana, killing 68 people, mostly from Pakistan, and injuring 12 on the intervening night of February 18 and 19, 2007.

The train was on its way to Lahore from Delhi.

Two of the main accused in the Samjhauta train blast case, Swami Aseemanand and Lokesh Sharma, have been recently acquitted by the Jaipur NIA court in the Ajmer Dargah blast case.