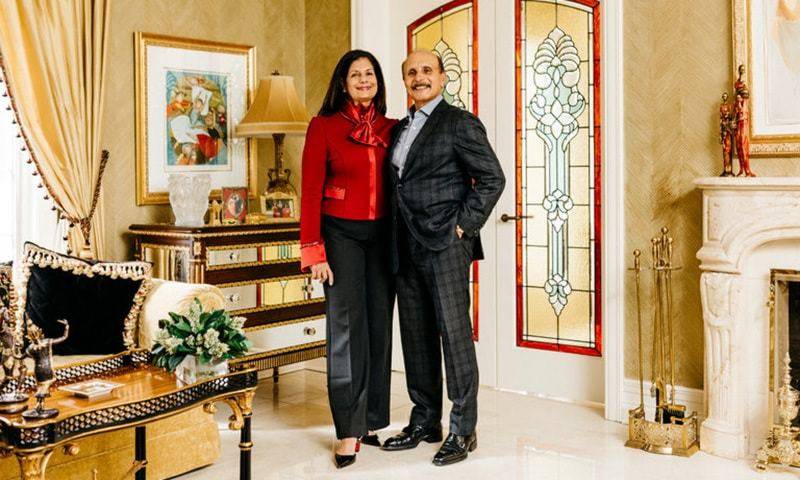 NEW YORK: (APP) A Pakistani-American couple has made a $15 million gift to the University of Notre Dame, one of the top Catholic universities based in U.S. state of Indiana, to create an institute focused on the study of religion, according to a report in a leading newspaper.

The institute, which will be part of the university's Keough School of Global Affairs (which will open this year), will study how religious teachings, traditions, history, practice and thought inform the rapidly shifting patterns of global migration, conflict and peacebuilding, political culture and human development.

"We came as immigrants, and this country has given us so much," Zoreen Ansari told the the New York Times in an interview published Saturday. "We want to give something back to America, but also to humanity. We want to promote the idea of equality."

"The need for people of faith to focus on what unites us rather than on what divides us has never been more urgent," the Rev. John I. Jenkins, Notre Dames president, said in a written statement also published by the Times.

"œThis extraordinary gift from an esteemed local Muslim family, longtime friends of Notre Dame, will allow us to bring together scholars of the first order to foster dialogue and deepen understanding. We are immensely grateful to the Ansaris for making this aspiration a reality."

The Ansari Institute will appoint faculty members who study the roles religions play in the public sphere and in crucial sectors such as health care, education and the economy, according to the university.

The couple moved to the South Bend, Indiana, in 1980 and raised their three children -- Sarah, Adam and Sonya -- here.

While the Ansaris were educated in Pakistan, their daughter Sarah graduated from Notre Dame Law School.

The couple in 2008 made a significant gift to the Regional Autism Center in South Bend to help the center expand services to teenagers and young adults. One of their children, Sonya, has autism. The facility was renamed the Sonya Ansari Center for Autism in her honour.

The Ansaris in 2011 were inducted into the South Bend Community Hall of Fame for their contributions to the community.

More than 30 years ago, Rafat Ansari helped form the Hoosier Oncology Group, a statewide network of doctors that provides clinical trial access to patients closer to their homes, guided by the Indiana University's Simon Cancer Center, according to Tribune archives.

The couple also has contributed to Reins for Life, and hosted numerous fundraisers for Logan, the March of Dimes and other organizations.