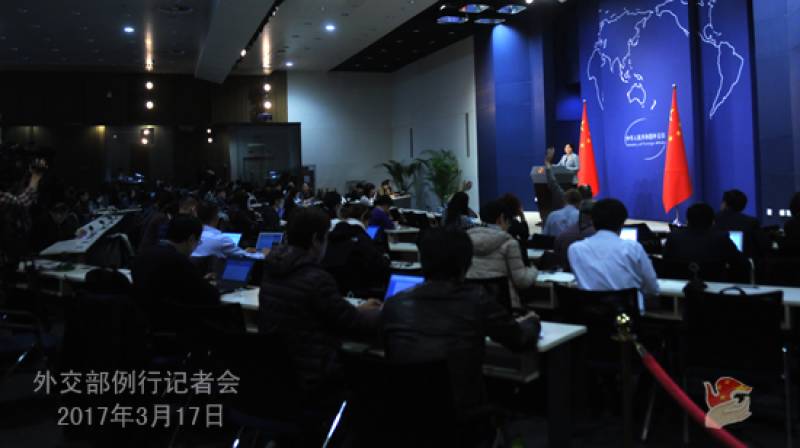 ISLAMABAD: China has said that the development of China-Pakistan Economic Corridor (CPEC) did not affect the country’s position on Kashmir issue.

At a regular press briefing in Beijing, Chinese Foreign Ministry spokesperson Hua Chunying said China’s position on Kashmir issue is consistent and clear-cut and it needs to be properly settled between the two sides.

The spokesperson said that China has stressed the need for settlement of the longstanding Kashmir issue through dialogue and consultation between India and Pakistan.

Answering a question regarding India’s objection on Pakistan’s plan to declare Gilgit-Baltistan, a part of Kashmir, as its fifth province, she said: “As a leftover issue from history between India and Pakistan, it needs to be properly settled through dialogue and consultation between the two sides.”

“The development of the China-Pakistan Economic Corridor does not affect China’s position on the Kashmir issue,” she said

She said that China and Pakistan maintained normal defense exchanges and cooperation in military industry and trade.