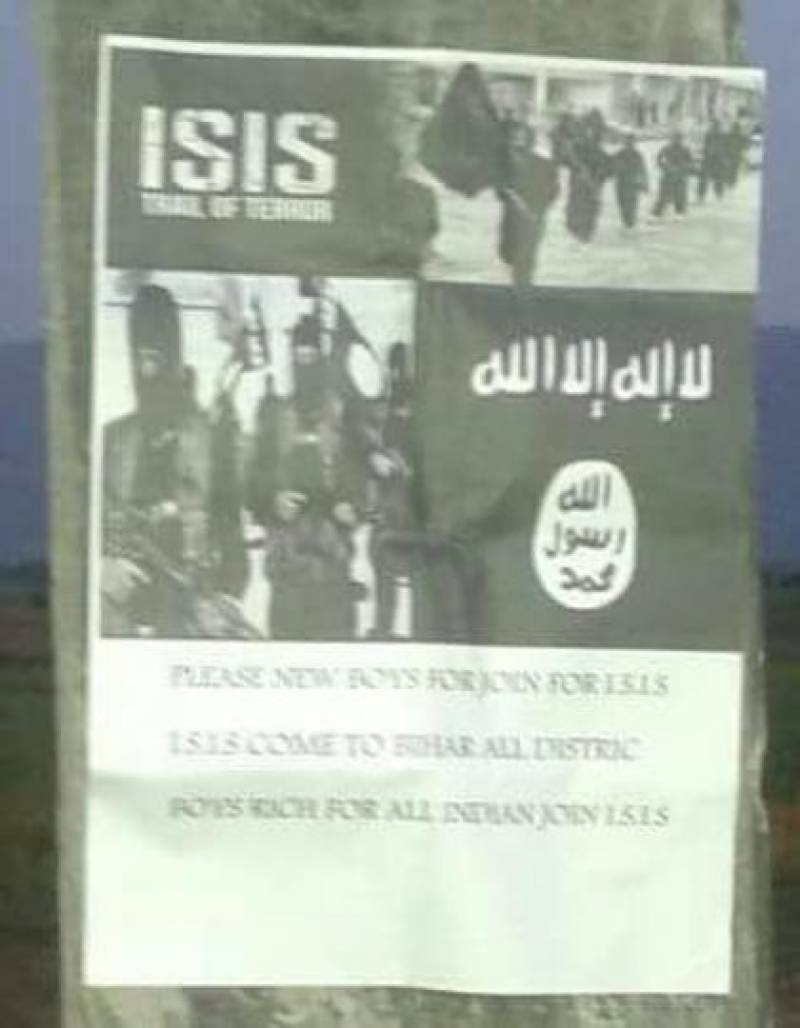 Posters inviting youths to join Islamic State (ISIS) surfaced in Bihar’s Rohtas district on Saturday, prompting the state police to launch an inquiry to “get to the bottom” of the matter.

The posters, pasted on electric poles, were first noticed at Sikrauli Bigha village in the state’s Nauhatta block, some 230 km south-west of Patna. “ISIS come to Bihar and please new boys to join (sic),” was written in them.

After a while more posters were seen around Nauhatta high school area. It said, “ISIS, please come to all Bihar districts”.

The Union home ministry has been alerted after the development, the first instance of any pro-ISIS poster surfacing in the state.

Rohtas superintendent of police (SP)  Manajit Singh Dhillon has been asked to conduct an inquiry into the matter and identify the persons responsible for putting up the posters.

In the past some footprints of terror modules of Indian Mujahideen (IM) were found in Bihar.

“We are looking into it. An FIR for sedition has been registered under Section 124-A of the IPC against unknown persons,” the SP added.

“Prima facie it appears to be a mischief. But we are not taking the incident lightly. The police are trying to identify the accused,” said a senior police official.