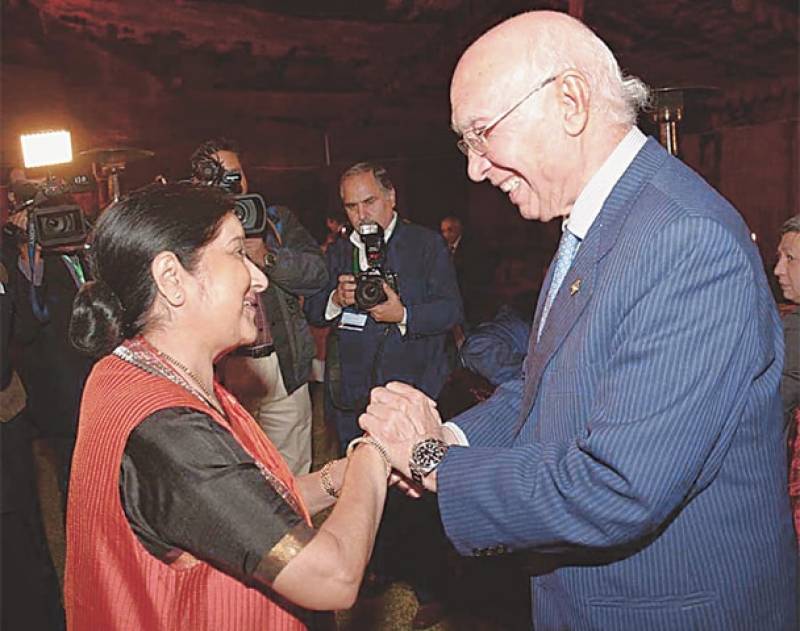 Sushma Swaraj claimed that PM Modi has accepted the invitation and will attend the SAARC Summit in Islamabad later this year.
She claimed that Pakistan’s investigation team will also visit Pathankot Air base on March 27 to investigate the matter.

It was the first meeting since after the Pathankot attack on January 2 after that Foreign secretary level talks were suspended.
Sartaj Aziz also held a one-to-one meeting with Sushma to discuss the bilateral issues.
Aziz claimed that the meeting between Pakistan and Indian PMs will promote bilateral peace process in the region.

He said “I hope both prime ministers will meet on March 31 and a structured dialogue between the two leaders will take place.”
Sartaj Swaraj also exchanged pleasantries on Wednesday night during a dinner hosted by Nepali Prime Minister KO Sharma Oli.