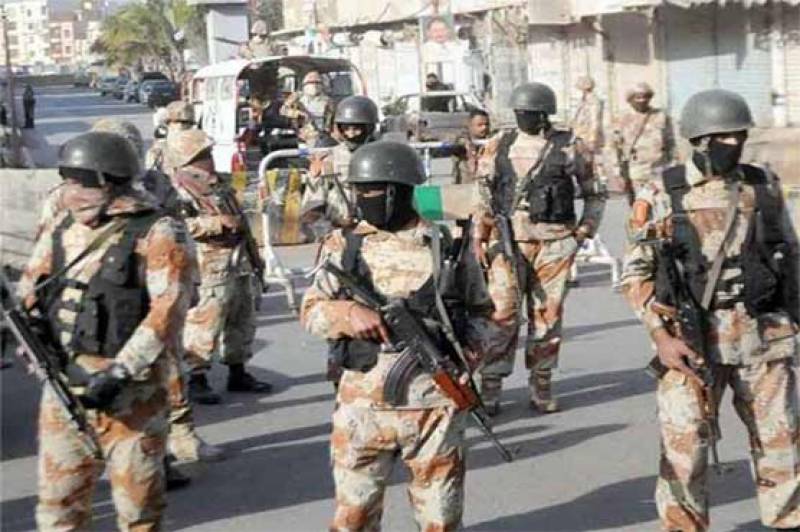 KARACHI: Two unidentified men attacked on Rangers Check post at Korangi Crossing here at Friday while 2 Rangers personnel sustained injuries in this cracker attack.
As per details, an unknown man threw cracker on check post, injuring 2 Rangers personnel. The walls of the Check post were also demolished in this hand grenade attack.

According to Police 2 injured personnel were identified as Manzoor and Kalim Ullah and they have been shifted to Indus Hospital immediately for medical treatment.
After the incident, Police and Ranger teams rushed to the scene and corodoned off the area. Search operation has been started by police and Rangers while a suspect has been detained by forces near the scene.

It is also worthy to mention here that few days ago hand grenades had been thrown by unidentified men on Rangers check post in Essa Nagri and Moti Mehal however no causalities were reported in the attacks.