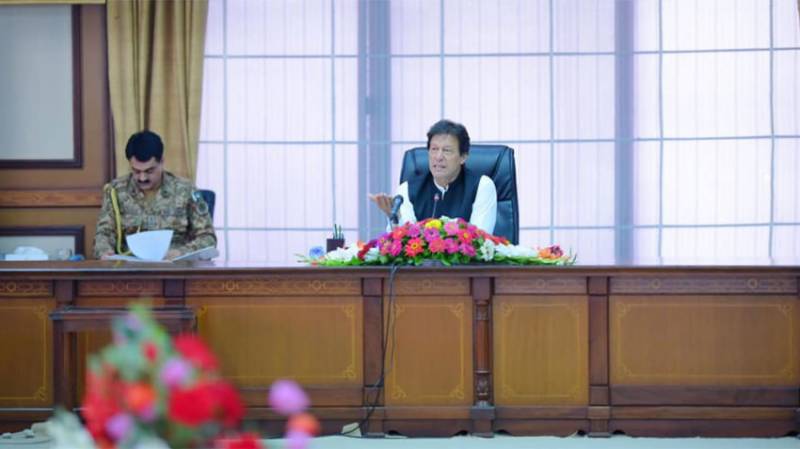 ISLAMABAD - Prime Minister Imran Khan has directed the cabinet members that austerity measures be implemented in letter and spirit.

Giving a briefing on cabinet meeting in Islamabad on Tuesday, Special Assistant to Prime Minister on Information and Broadcasting Dr. Firdous Ashiq Awan said Prime Minister Imran Khan explained to the cabinet of all those initiatives that he personally took for austerity keeping in view the current economic challenges faced by the country.

He said cabinet members should set an example for others by adopting simple lifestyle.

The incumbent government spent 750 million rupees out of it and saved 32% amount.

The Special Assistant said in budget 2019-20 there is already a cut of 13% for the PM House expenses.

She said the incumbent government is even paying a sum of 280 million rupees in terms of outstanding bills of electricity left by previous government.

Criticizing the role of opposition in the National Assembly,

she said the undue criticism by opposition on budget is illogical.

She also criticized the besieging of NA Speaker at his chamber.

Glorification of crime will not be allowed and Chief Ministers have been directed to discourage giving of protocols to criminals in their court hearings.

She said prerogative of issuing production order lies with the Speaker of National Assembly and he should see the merit of it.

Special Assistant said no production order was issued for Railways Minister Sheikh Rasheed Ahmad during the tenure of previous government, despite the fact that he had no criminal case against him.

Prime Minister informed the cabinet that he along with Foreign Minister Shah Mehmood Qureshi will attend the UN General Assembly session in New York in September as part of austerity drive of the government.

The cabinet was informed that 157 Rest Houses of various government departments in addition to PTDC motels and NHA rest houses will also be opened for public.

Cabinet was informed that 88 per cent of its previous decisions have been implemented while work on rest is ongoing.

It was decided that Ministry of Agriculture would devise a course of action in cooperation with provincial authorities regarding the situation of sugarcane crops in the country.

Minister for Food Security was directed to work on National Agricultural Plan, presented in the budget, with provincial governments to disseminate the information at the level of farmers.

In order to stop mobile phone smuggling of 150 billion rupees, the cabinet directed the concerned ministry to take steps to check this trend.

It was informed that Ministry of Finance has devised a mechanism under which rules will be amended regarding passenger baggage at airports, so that people do not misuse the facility of bringing mobile phones in the country without paying taxes.

The cabinet was also updated on new visa regime in order to attract more tourists to the country.

MoU between a Chinese University and Pakistan Industrial Technical Assistance Centre was accorded approval by cabinet.

Issue of regularization of contract workers in various government departments also came under discussion of the cabinet.

It was informed that a database of these employees is being prepared to further work with individual departments on the issue.

The Prime Minister took the cabinet into confidence regarding upcoming visit of Emir Qatar to Pakistan.

Cabinet was also informed on Amnesty and Asset Declaration Ordinance that is going to expire on 30th of this month.

It was apprised that NADRA is setting up E-Facilitation Centers from 21st of this month at its various counters with the information of all the financial records and assets of individuals.

Any person can check his records in order to avail the asset declaration scheme.

Speaking on the occasion, Special Assistant on Accountability, Mirza Shahzad Akbar said the high-powered enquiry commission, probing the plundered wealth of nation, will complete its entire process within a period of six months.

He said the commission will also provide periodic reports to the government at the end of every month.

He said the commission will estimate as to how the debt of twenty-four thousand billion rupees increased during the last ten years.

The Special Assistant said the commission will also fix responsibilities and it will refer the cases to the concerned departments for further action.

He said all out assistance will be extended to these departments by the commission.