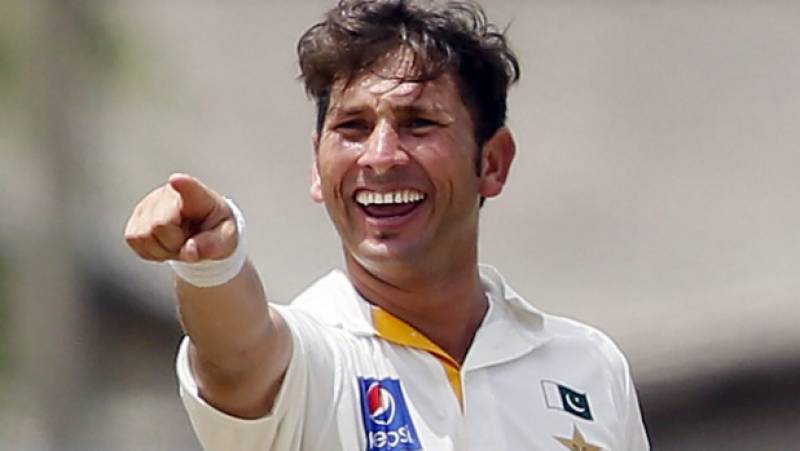 LONDON: (APP) Pakistan leg-spinner Yasir Shah has knocked England's James Anderson off the top of the International Cricket Council Test rankings in the aftermath of his match-winning heroics at Lord's.

Yasir's maiden 10-wicket haul in the first Test against England helped Pakistan secure a 75-run win and made him the first Pakistani to top the table since his fellow leg-spinner Mushtaq Ahmed 20 years ago.

The 30-year-old climbs from number four to the top of the ICC bowlers' rankings following his 10 for 141 figures against England, which included Sunday's second-innings figures of four for 69.

Remarkably, Yasir's superb display came in his first Test outside of Asia and the United Arab Emirates.

Anderson, England's all-time leading wicket-taker, had reached number one for the first time after his brilliant series against Sri Lanka earlier this year.

But the pace bowler was controversially left out of England's squad for the first Test against Pakistan as the selectors opted for a cautious approach while he recovers from a shoulder injury.

Anderson is expected to be back in the England squad, set to be announced on Monday, for the second Test on his home ground at Old Trafford this week.