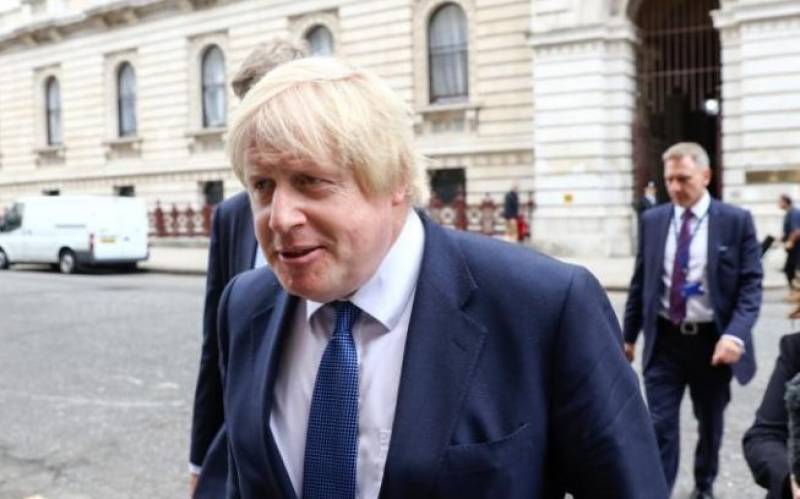 LONDON (APP) - Boris Johnson's bumpy start as Britain's new Foreign Secretary continued Sunday when the plane on which he was travelling to meet European leaders in Brussels made an emergency landing near London.

"There was a technical issue on the RAF (Royal Air Force) flight on Sunday afternoon carrying the foreign secretary and his officials from London to Brussels that required the aircraft to land at Luton airport," said a Foreign Office spokesman.

"After a short delay, the foreign secretary continued on his way to Brussels by alternative means," he added.

The BAE 146 jet suffered a problem with its hydraulic system and fire engines were deployed as the plane landed at the airport north of London, according to the Guardian.

New Prime Minister Theresa May's appointment of Johnson, the figurehead of the victorious campaign to take Britain out of the European Union, triggered near uproar in European capitals.

EU foreign affairs chief Federica Mogherini was due to welcome the former mayor of London on Sunday "for an initial contact" before he sets about rebuilding relationships with his counterparts during meetings on Monday.

Johnson was booed at the French ambassador's Bastille Day party in London on Thursday, his first engagement as Britain's surprise new foreign secretary.

He then had to respond to the Nice terror attack and the failed coup attempt in Turkey in an eventful first week in the role.