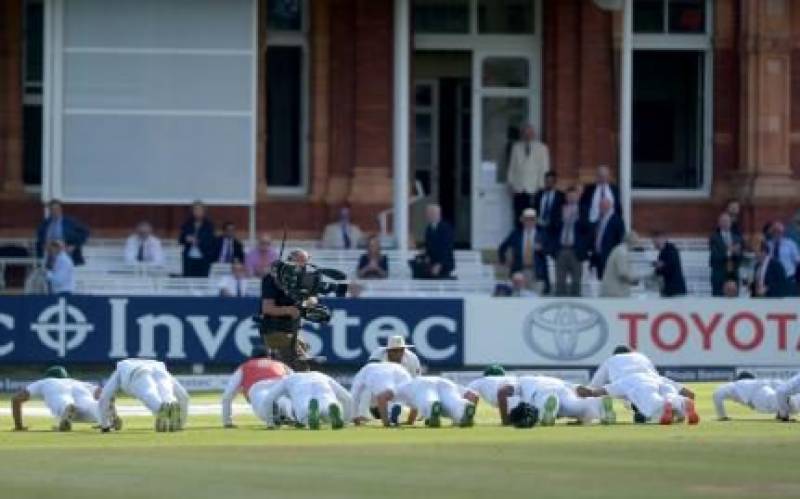 LONDON (APP) - Pakistan celebrated their victory over England at Lord's in the first Test on Sunday with an unusual celebration when the squad performed a series of press-ups.

Misbah-ul-Haq's side went on an army boot camp before the tour to improve their infamously poor fitness, and batsman Younis Khan led the squad in performing a routine of press-ups followed by a salute in front of the ground's famous pavilion.

Misbah, 42, had celebrated in similar fashion on the opening day on Thursday after reaching a hundred that helped set up his team's 75-run win.