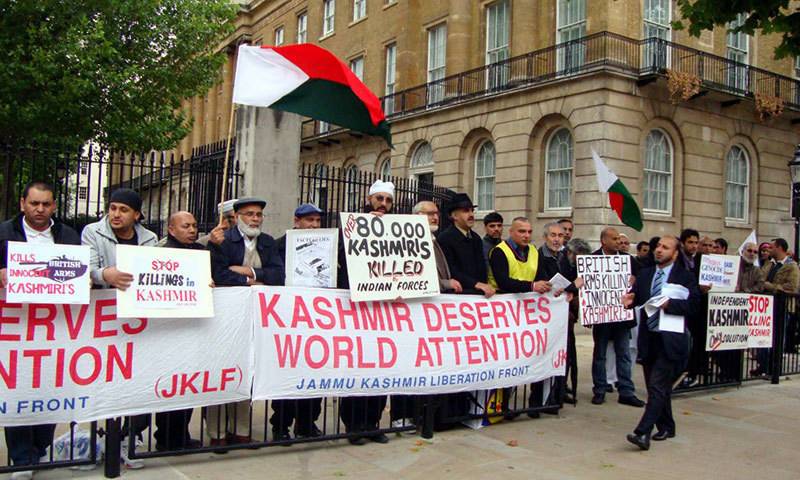 brethren in occupied Kashmir and calling on the UN to implements its resolutions on the longstanding dispute.

Sikhs demanding self-determination for the Sikhs in Indian Punjab as

well as for the Kashmiri people.

Organized by the Kashmir American Council, all Kashmiri parties

over 40 Kashmiri civilians and wounding more than 1,500. Curfew has

to deal with violators.

"Kashmiri Lives Matter," "We Want Freedom From India", "Wake Up,

were some of the placards the protesters were holding.

Speakers at the rally strongly condemned the killing spree in the

Indian occupied Kashmir, a UN-recognized territory, and called on the

the stop the genocide. They also voiced grave concern over the

shut down of media offices in Kashmir and cutting off all

communication links with the state, saying it was a grave violation of

human rights and freedom of information.

Among the speakers were prominent Kashmiri leaders like Ghulam

of Azad Jammu and Kashmir Council. They called on India to vacate its aggression in Kashmir and allow the Kashmiri people to decide their

future in order to pave the way for peace and stability in the sub-continent.

and its people were being held incommunicado.

saying their struggle for freedom would not stop until the resolution