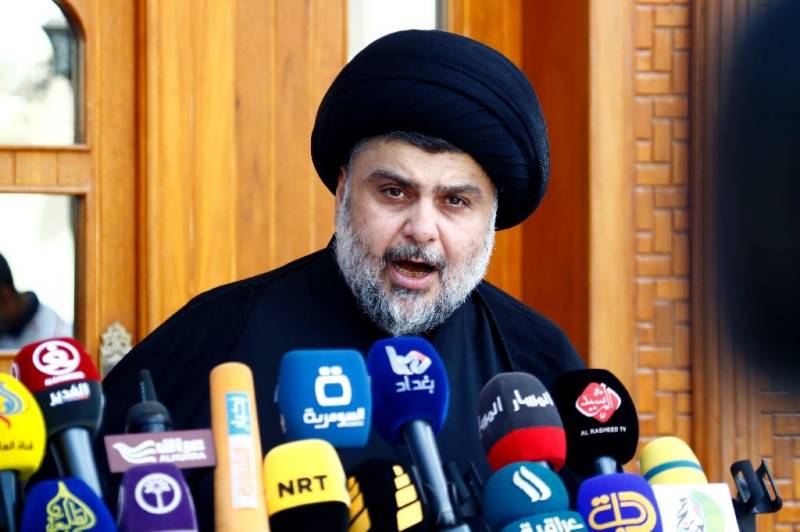 NAJAF: (APP) A powerful Iraqi Shiite cleric whose militiamen battled US forces after the 2003 invasion has said that hundreds more American troops being sent to Iraq are "a target for us".

Pentagon chief Ashton Carter announced on a recent visit to Baghdad that 560 extra military personnel would be sent as part of efforts to combat the Islamic State group, which overran large areas north and west of Baghdad in 2014.

"They are a target for us," Moqtada al-Sadr said in a statement on his website on Sunday, responding to a question about Carter's announcement.

There are already thousands of American military personnel in Iraq as part of the anti-IS fight, meaning that Sadr's forces have had ample opportunities to target US troops if they were going to do so.

Sadr's Mahdi Army militia was one of America's main foes in Iraq after the 2003 invasion, engaging in fierce fighting with US troops in Baghdad and the city of Najaf to its south.

Sadr's forces -- now called Saraya al-Salam -- have taken part in operations against IS, but one of their main tasks has been the defence of shrines and other religious sites.

Iraqi forces -- including pro-government paramilitaries groups, of which Iran-backed Shiite militias are the most powerful -- have regained significant ground from IS.

A US-led coalition is carrying out air strikes against the jihadists and also providing training and other assistance to Iraqi forces.

With Carter's announcement, a total of more than 4,600 American military personnel are now authorised to be in Iraq.