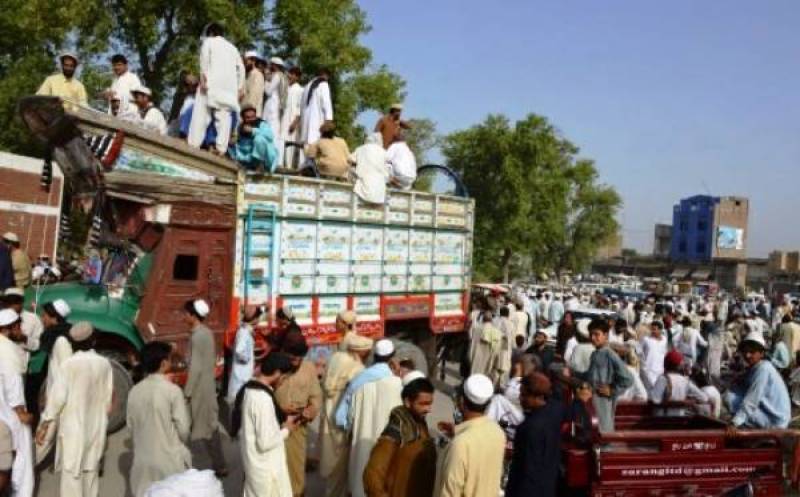 Talking to APP here on Monday, He said that FATA Disaster Management Authority (FDMA) will continue repatriation process of IDPs to their native towns and villages till October 11.

He said that the people of 67 villages would be send back to their homes during the period.Hopefully all IDPs would return to their native areas by the end of this year.

To a question, he said during third phase over 22,000 families were registered while the number of unregistered IDPs is more than the registered ones.

Muhammad Shoaib said that before Ramazan-ul-Mubarak 2016, the peoples of 39 villages had gone back to their home towns.

The government provides Rs 25,000 in cash and Rs 10,000 for transportation charges and food package to each family, according to officials in political administration.

He said that the registration and all necessary documentation of the IDPs had already been completed.

Muhammad Sadique Mehsood, senior leader of PML-N Tank told APP that government should increase the payment of house construction because Rs 400,000 is not sufficient for the reconstruction of full house.

He also strongly criticized the statement of MNA Dawar Khan Kundi that IDPs are the burden for the local communities of District Tank and Dera Ismail Khan.

Sadique said that people of FATA were sacrificing their lives for the sake of Pakistan and its integrity.

To a question, Sadique said that the distribution of Ration, food package among the IDPs was discriminatory, adding that government should start the resurvey of the damaged houses in South Waziristan Agency (SWA).