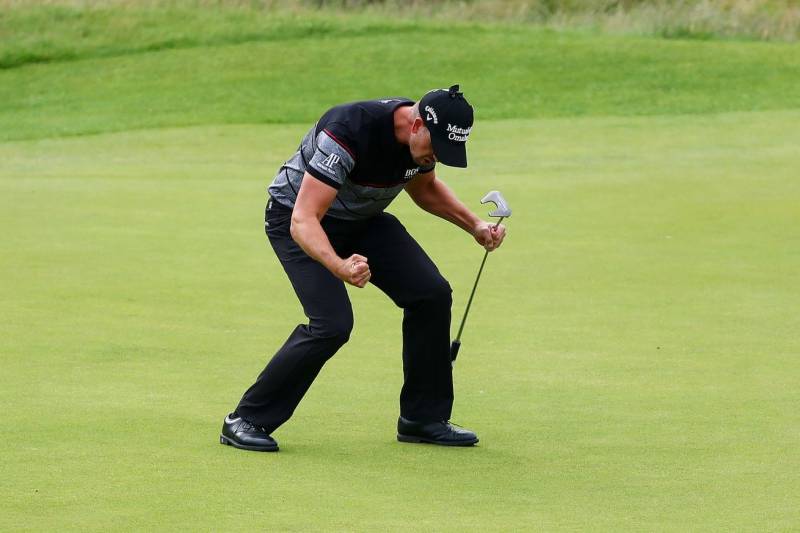 TROON, United Kingdom (APP) - Henrik Stenson won the British Open at Royal Troon on Sunday, pipping Phil Mickelson by producing a major championship record-equaling round of 63 on the final day.

The Swede -- who played superbly to finally win his first major at the age of 40 -- led by one overnight and kept his nerve, shooting an eight-under 63 to finish on 20 under par, three shots clear.

Mickelson finished on 17-under after a superb final round of his own of 65. JB Holmes of the United States was a distant third at six under par.

Stenson appeared to be showing signs of nerves when he bogeyed the first but he recovered from that to produce a scarcely credible 10 birdies over the afternoon, rendering his dropped shot at the par-four 11th meaningless.

Mickelson's round featured four birdies, an eagle and not a single dropped shot. He had also shot a 63 in the opening round, but it was not enough.