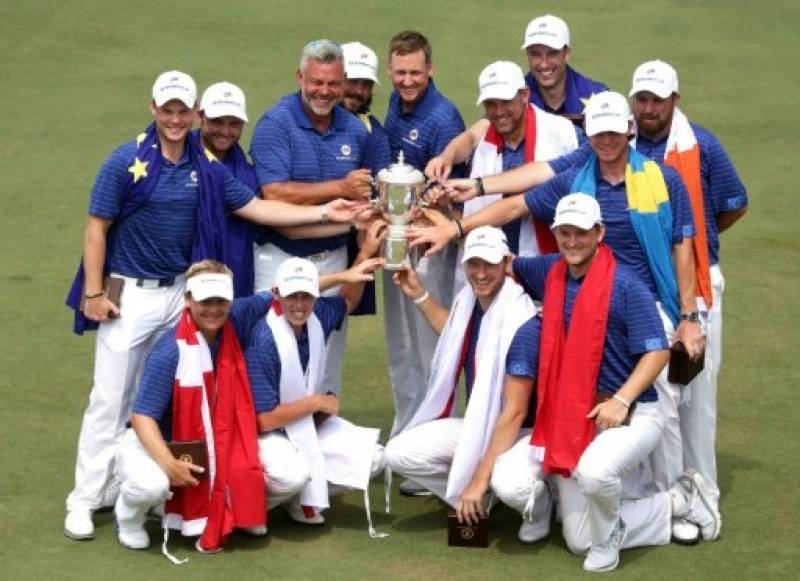 SINGAPORE: (APP) Asia's biggest golf tour has formed a "strategic alliance" with Europe that will allow both to work together to develop the sport in Asia, the two bodies announced Monday.

But while the alliance hopes to expand playing opportunities for members, the Asian Tour and the European Tour will retain their separate identities in terms of brand and logo, and will be be managed by their own boards, a joint statement said.

"The formalisation of the partnership will see the two Tours now work together to develop professional golf in Asia -- from a new joint office in Singapore," it said.

The alliance will combine both Tours' "commercial and marketing resources to explore and maximise opportunities... not only across the continent of Asia, but globally", the statement added.

It described the cooperation as a "strategic alliance" resulting from a "detailed period of exclusive negotiations" which began last August.

The Asian and European bodies had previously talked about merging their playing memberships and business interests, creating a mega-tour with the potential to tilt golf's global landscape.

Former Asian Tour chief executive Mike Kerr had backed a full merger before resigning late last year, but Asian Tour commissioner Kyi Hla Han, in an interview with AFP in May, talked about a "strategic partnership" that would "enhance opportunities" for Asian players and create "a pathway" to global success.

Kerr's stance resulted in deep divisions among players, fearful of a takeover by their European counterparts.

In December, after Kerr's departure, the old Asian Tour board of directors, including former European Tour chief Ken Schofield, was ousted.

Four prominent Asian businessmen were voted in as non-playing directors, three board player members were also removed and Han was promoted from chairman to "interim Tour Commissioner".

Monday's joint statement described the alliance as a "new chapter" in their relationship that began in February 1999 with the first co-sanctioned tournament at Saujana Golf and Country Club in Kuala Lumpur.

"Since then, there have been 95 co-sanctioned tournaments, with a further 14 events tri-sanctioned with either the Sunshine Tour or PGA Tour of Australasia," it added.

European Tour chief executive Keith Pelley said the alliance "will be of immense benefit to both organisations".