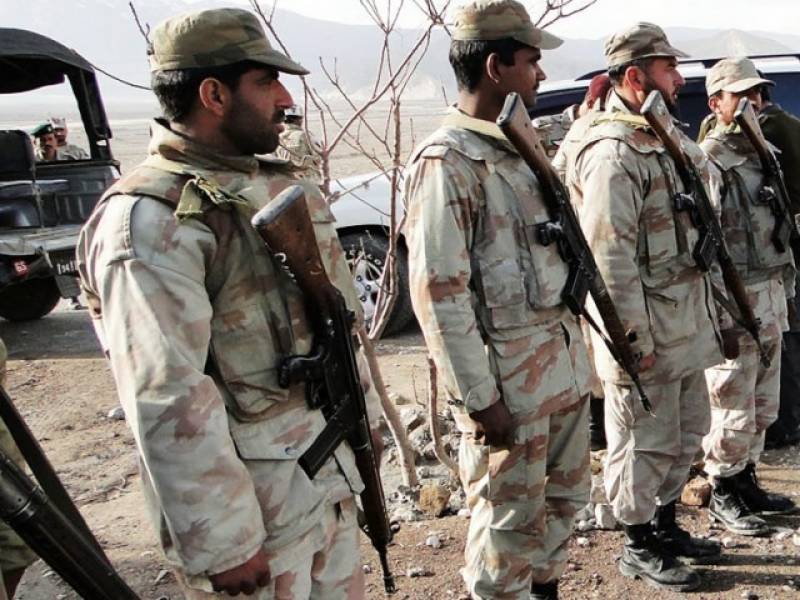 KALAT (APP): Frontier Corps (FC) shot dead an alleged militant and arrested five others along with arms after an encounter here on Sunday.

According to an FC spokesman, on a tip-off the FC personnel carried out a search operation in the area when the militants opened fire at them. In retaliatory fire, one of the militants was killed and five others were arrested.

Ammunitions including seven rifles, two hand grenades, hundreds of rounds and other arms were also seized from their possession.