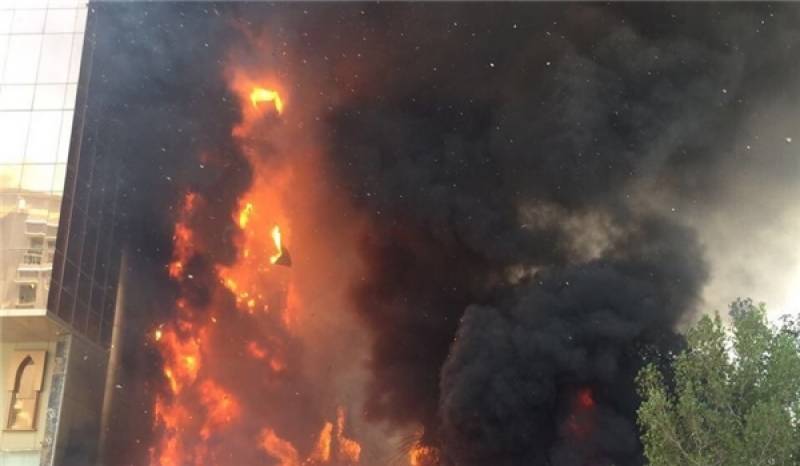 RIYADH (APP) - A fire ripped through an uninhabited hotel in the holy city of Makkah on Sunday without causing casualties, the civil defence spokesman said.

Firefighters put out the blaze at the 10-floor hotel, the spokesman said in statements carried by the official Saudi Press Agency.

The fire had spread from palm trees facing a facade of the hotel and gutted all 10 floors of the building which comprises two towers.

Pictures posted by the official SPA news agency on its website showed flames and black smoke billowing from the hotel as firefighters battled to extinguish the blaze.