Erdogan breaks down in tears at funeral of failed coup victims
18 Jul, 2016 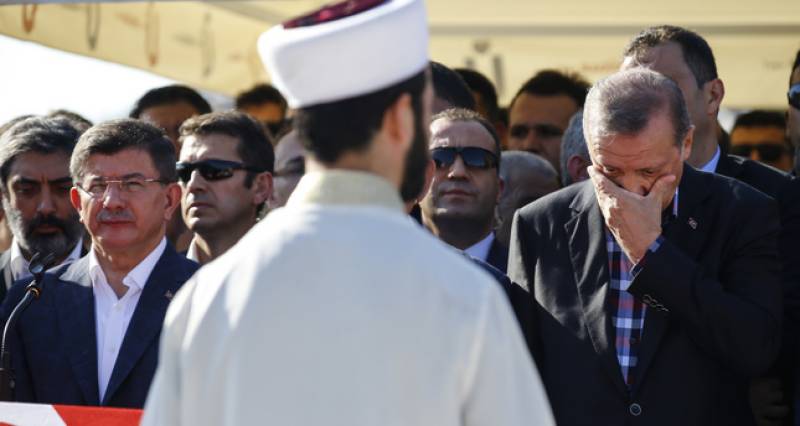 ISTANBUL (APP): Turkish President Recep Tayyip Erdogan broke down in tears while speaking at the funeral of an old friend in Istanbul killed during the coup, images from Turkish television showed.

Erol Olcak and his 16-year-old son were shot dead on the Bosphorous Bridge in the city during Friday's attempted coup.