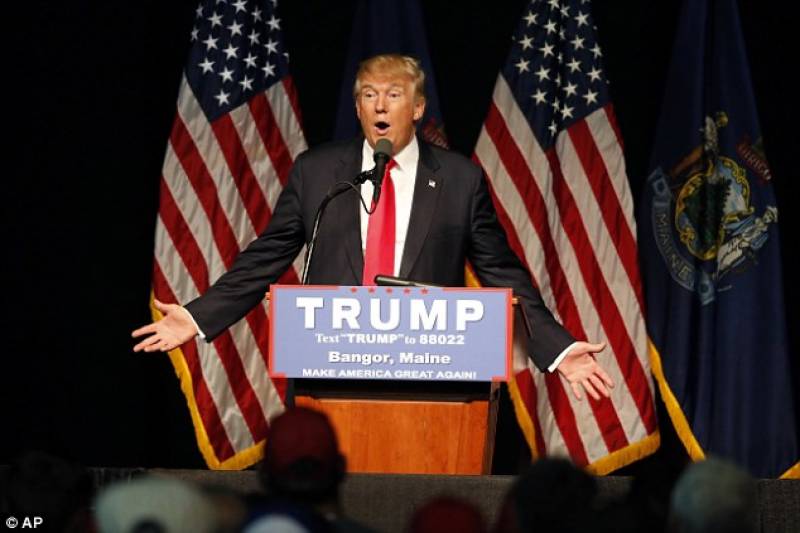 NEW YORK: (APP) Donald Trump, the presumptive Republican presidential nominee, said Saturday that Indiana Governor Mike Pence would be "my partner" in a fight to change the United States by rebuilding the manufacturing sector at home and fighting terrorism from abroad.

"We are in a rigged, rigged system," Trump said in unveiling his new running mate during a Saturday event in New York City.

Pence, who spoke after nearly 30 minutes of Trump talking more about himself than his new running mate, described himself as he frequently does, as "a Christian, a conservative, and a Republican - in that order."

In thanking Trump for his appointment, the Indiana governor described the New York businessman as a "builder," a "fighter," and a "patriotic American" who will bring "no-nonsense leadership" to Washington, D.C.

Hitting another major theme of the campaign, Pence drew a standing ovation from Trump supporters when he declared that the main reason he accepted the offer is "because Hillary Clinton can never become president of the United States."

The formal introduction came a day after the Republican candidate had planned to make it. Trump had postponed the event after the terrorist attack in the French city of Nice, and amid reports that he was wavering on the Pence pick.

Pushing back on those reports, Trump said Saturday Pence was "my first choice" for the running mate slot.

Contrasting his new running mate with his Democratic election opponent, Trump said Pence is "a man of honour," while "Hillary Clinton is the embodiment of corruption."

There appeared to be as many Trump supporters as journalists in attendance at the announcement, as the businessman's backers filled five rows of seats in a Hilton ballroom that was not expanded to its full size.

Trump picked Pence in part because of the governor's popularity with religious conservatives. In introducing him, the nominee-in-waiting made sure to speak at length about changing a federal law that bars churches from engaging in political activity.

In praising Pence's record, Trump also said that "one of the big reasons I chose Mike is party unity, I have to be honest."

Trump introduced Pence two days before the start of the Republican convention in Cleveland. Saying that "we're going to have an incredible convention," the candidate also taunted "Never Trump" opponents who failed to change the voting rules in a bid to somehow derail his nomination.

"They got crushed," Trump said.

After the joint appearance with Trump at the New York Hilton Midtown, Pence flew back for a "welcome home rally" in Zionsville, Indiana, - an event Trump was not scheduled to attend.

In an interview with Fox News, Pence downplayed or reversed past differences he has had with Trump.

The Indiana governor, who had criticized the businessman for his proposed temporary ban on Muslim entry into the United States, told Fox

News "I am very supportive of Donald Trump's call to temporarily suspend immigration from countries where terrorists (have) influence."