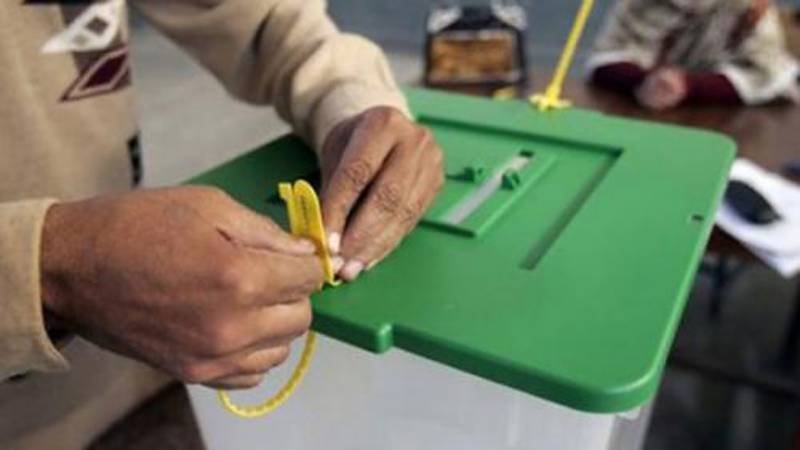 MUZAFFARABAD: (APP) Over 2.6 million people will exercise their right to vote in Azad Jammu and Kashmir Legislative Assembly's elections, taking place on Thursday.

A total of 2,674,586 people - 1,483,747 men and 1,190,839 women will be moving towards polling stations on the Election Day (July 21) from AJK's nine districts and 12 constituencies of Kashmiri refugees, spreading over four provinces of Pakistan to cost their votes, according to data released by Election Commission of AJK.

District Kotli surpasses AJK's all districts in number of voters with 442,839 people -246,230 male and 196,609 female voters to cast their votes from its five constituencies where in total 47 candidates are vying. Though the total number of political parties in AJK stands at 42, the major contest in different constituencies of Kotli and other districts as well as the

Kotli is followed by AJK's Capital Muzaffarabad in voters list. Around 429,276 voters, including 191,112 females set to cast their votes from its six constituencies where in total 67 candidates are in the run.

Vote-wise district Poonch is the third largest district of AJK with a total of 310,968 registered voters, which include 141,334 female voters. A total of 51 candidates from four constituencies of this district will be trying their luck on the polling day.

The total number of registered voters in district Mirpur is 233,518, which includes 127,274 male and 106,244 female voters. Here a total of 48 contenders will be challenging each other from the four constituencies.