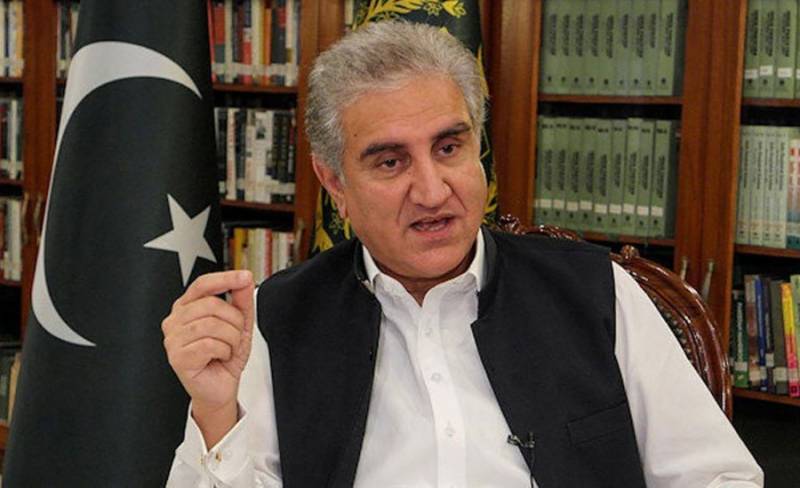 In a statement on Monday, he said BJP government is bent upon undermining regional peace and stability for its political interests and to divert attention from internal affairs.

He said Modi's conspiracy stands exposed as he got killed their forty soldiers in Pulwama to win the elections.

The Foreign Minister said Pakistan has presented irrefutable evidence regarding Indian state terrorism. He said the EU Disinfo Lab has further unmasked the evil face of India. He urged the world community to seriously take cognizance of the evidence provided against New Delhi.

Referring to the situation in Indian Illegally Occupied Jammu and Kashmir (IIOJ&K), Shah Mahmood Qureshi said Kashmir is an internationally recognized dispute He said voices are now being raised against India in the British parliament.

The Foreign Minister said Pakistan is desirous of peace in the region but India wants to stoke unrest. He said India is playing the role of spoiler in Afghanistan.