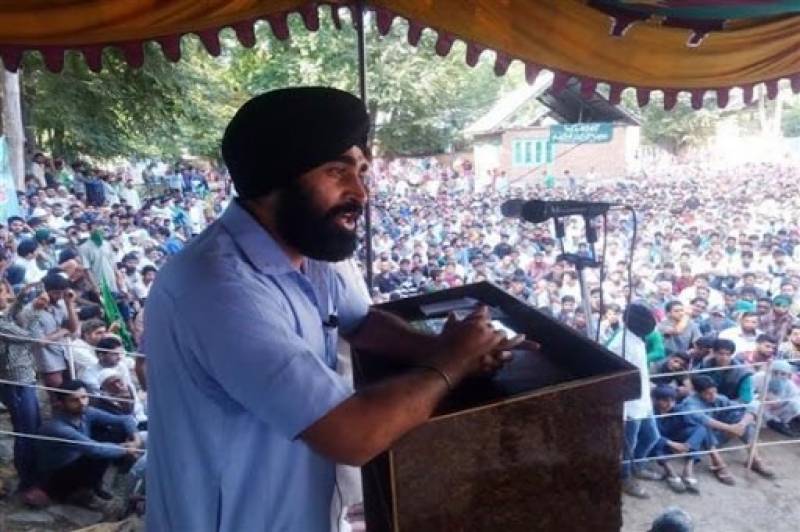 Talking to media, Devinder Singh Behl fascist Modi government is targeting those who raise voice for their rights.

He said that the Kashmiri people have been demanding their inalienable right to self-determination from India for a long time but instead of meeting their demand, New Delhi repealed Articles 370 and 35-A and deployed a large number of troops to suppress the Kashmiris’ freedom struggle.

Behl urged international community to increase pressure on India to stop human rights violations in occupied Kashmir and send a high-level investigation team to the occupied territory to investigate these violations.