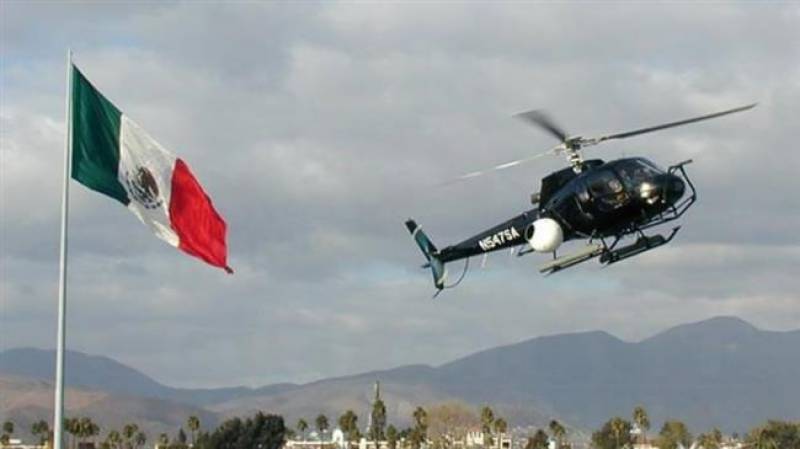 Mexico City:A helicopter carrying the Mexican interior minister and a governor crashed near the epicenter of a powerful earthquake in the country's south on Friday, killing two people who were on the ground, officials said.

Interior Minister Alfonso Navarrete and Alejandro Murat, governor of the state of Oaxaca, were on their way to survey the scene of the destruction left by the 7.2 magnitude earthquake when the accident occurred, the interior ministry tweeted.

"Unfortunately, two people who were on the land lost their lives in this incident," it added.

Navarrete told the Televisa network that a number of the helicopter's passengers were also injured.

He said the pilot of the military helicopter, which had flown from Mexico City to Pinotepa de Don Luis, some 37 kilometers (22 miles) southwest of the epicenter, lost control of the aircraft at a height of about 40 meters as it was coming in to land.

A Televisa reporter who was on board said the helicopter suddenly dropped after generating a large cloud of dust on its landing field.

TV images showed the downed chopper lying on its side surrounded by several cars.

Mexican President Enrique Pena Nieto tweeted: "Unfortunately, several people on the ground lost their lives and others were injured. My condolences to your relatives and my desire to promptly recover the injured."APP/AFP