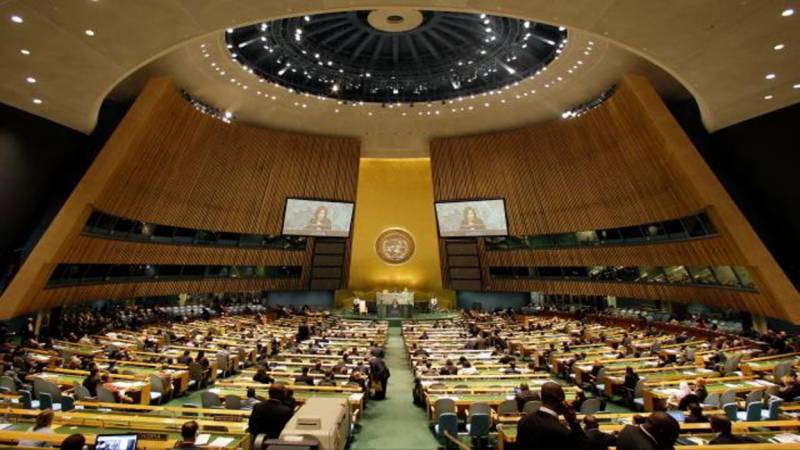 The UN General Assembly (UNGA) has unanimously passed a Pakistan-sponsored resolution reaffirming the right of peoples to self-determination.

The resolution called on countries to immediately cease occupation of foreign countries and territories, as well as acts of repression, discrimination and maltreatment in the occupied territories.

The resolution, co-sponsored by 83 countries, was recommended by the 193-member Assembly's Third Committee, which deals with Social, humanitarian and cultural issues.