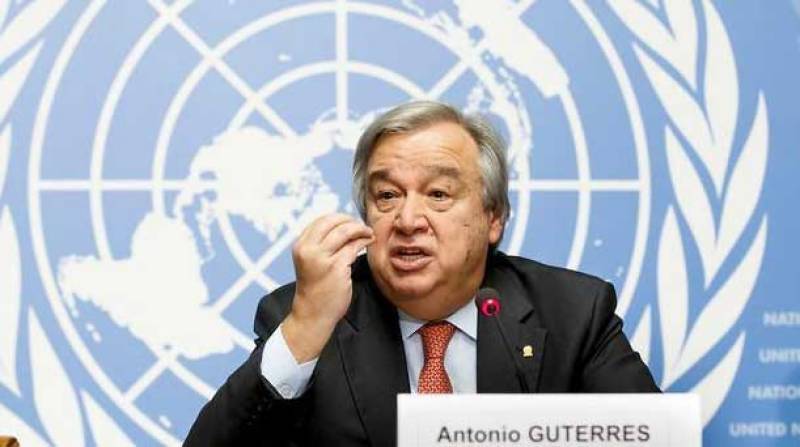 United Nations Secretary-General Antonio Guterres is "closely" following the deteriorating situation in Indian occupied Kashmir where a security clampdown and strikes following huge anti-India demonstrations have shut down the region.

Talking to media in New York, a spokesman of UN Secretary General, Stephane Dujarric said we are monitoring the situation closely as the new wave of demonstrations was triggered by the killing of seven Kashmiri civilians by the Indian security forces in Pulwama.

At the United Nations, Pakistan has been pushing the world body to set up a "commission of inquiry" to investigate the grave human rights violations in Indian occupied Kashmir.

The probe was recommended in the first-ever United Nations report on the human rights situation in Kashmir.