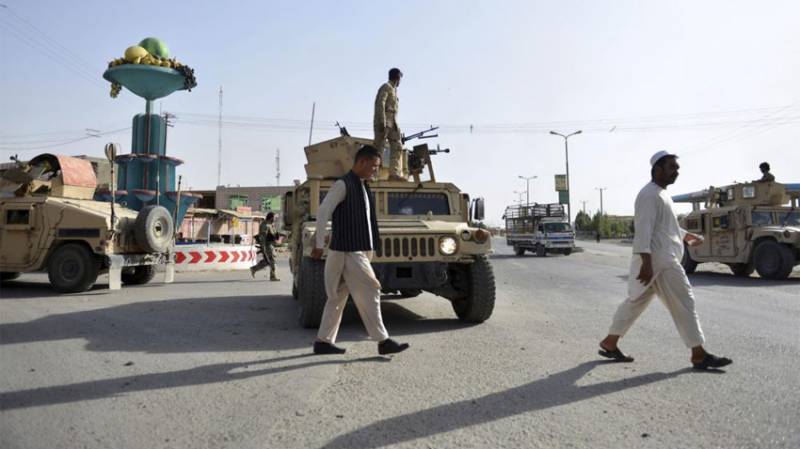 The US-Taliban officials meeting in UAE will be a breakthrough for peace and stability in war torn country. This was the demand of Taliban from very start to hold direct talks with United States. To find a common ground it will take some time to settle down the issues.

This kind of dialogue was never held before and another good development is that this time US is serious in bringing Taliban on negotiating table. United States is taking all the regional stakeholders into confidence in this regard. In order to create the opportunities for the promising prospects of political reconciliation in Afghanistan, one needs to map out the common interests of the Afghan Taliban and the Afghan government. There is an apparent convergence of interests between Afghan government and Taliban.

The 17-year-long war in Afghanistan is seemingly entering its final stages, where channels of communication are most important to neutralize unresolved agendas.

We have to admit the fact that Taliban have been able to make the international community and regional stakeholders realize that Afghan Taliban are the main stakeholder in Afghanistan. Pakistan, from the day first, of the opinion that there is no military solution to prevailing Afghan situation but on the other hand United States was confident that this situation can be handled using military solutions. Unfortunately, US policies in Afghanistan have been completely failed.

Afghan Taliban are still controlling over 60% of land in Afghanistan. Interestingly, the Afghan government is not even opposing the direct talks between Afghan officials and United States. Pakistan is not solely responsible for bringing Taliban to the negotiating table. It is the responsibility of all stakeholders in Afghanistan to come and sit together. The dynamics of global and regional politics have now changed from defence and security issues to trade and business opportunities and US has also realized this reality.

Taliban and Afghan government are the major stakeholders in Afghanistan. We are hopeful for the positive outcomes of UAE meeting US and Taliban. The first and ultimate demand of Taliban is withdrawal of NATO forces from Afghanistan and we have to wait and see the US response in this regard.

The US has reviewed its policy towards Afghanistan and offered direct talks with the Afghan Taliban without any condition. Up till now, progress is slow, but such incremental steps can have beneficial effects. Trump administration is making serious efforts to restore peace in Afghanistan for respectful withdrawal of NATO forces. The coming years will be on determining significance for political reconciliation in Afghanistan, and deserves special attention from all stakeholders. United States has requested Pakistan for support in bringing Taliban on negotiating table.

It means that Pakistan’s importance as an important regional stakeholder cannot be ignored. There are factors and ground realities that may persuade both the Afghan Taliban and the Afghan government to resume the peace talks in coming future. Taliban will definitely demand for the compensations.

Prime Minister Imran Khan clearly stated that the solution to Afghan conflict lies only in peace talks and was criticized by certain elements. PM also stated that we will be the partner in peace not in war. There is no doubt that US and its allies have been badly defeated in Afghanistan by Taliban.

It is now up to the regional countries and the United States to take forward the process with consistency and positive frame of mind in order to achieve the long cherished goal of peace and stability in Afghanistan which in fact is in the interest of entire region. We see today US is left with only one option; to bring Taliban to the negotiation-table. The key to success is to combine all the pressure to incentivize the Taliban to negotiate. On one hand the Trump Administration is seeking Pakistan’s help in bringing the Taliban to the negotiation table and on the other hand Pakistan is being continuously blamed for patronizing the Taliban.

It is typically the double standards of United States but the fact is that no US policy in South Asian region can be successful without the support of Pakistan.

We are hopeful that the recent developments on Afghan peace process will be result-oriented. Afghan officials and United States are in contact through backdoor channels. China has always played a very positive and important role in the regional context and it is in the interest of all the regional countries is also indicative that China wants to move forward on the path of progress and development by taking along those in the neighbours.

Yet a Seventeen years US-indoctrinated policy in Afghanistan has provided no workable, viable and sustainable peace solution. The US failure is largely rooted in its own policies of double-standard accompanied by a constant lack of truly addressing the issues that determine the fate of long lasting peace in Afghanistan.