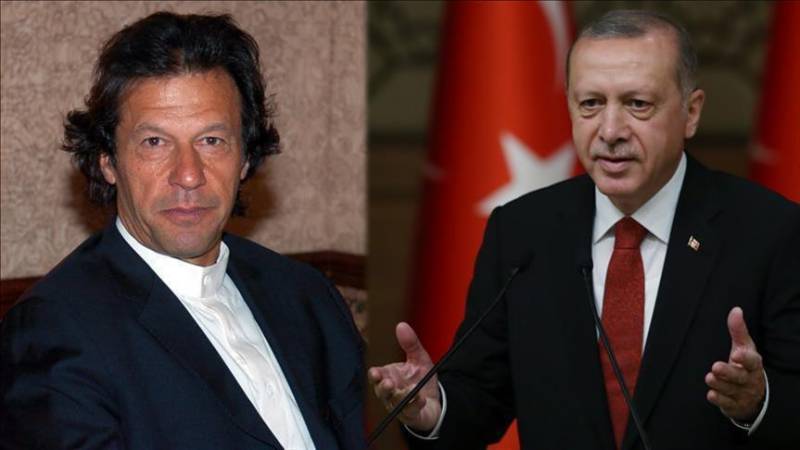 He said this while welcoming Interior Minister of Turkey Süleyman Soylu, who called on him here at the PM Office.

Pak-Turkey bilateral relations and ways and means to further enhance mutual cooperation in diverse areas including security, border management, immigration and anti-terrorism were discussed during the meeting.

Turkish interior minister felicitated Imran Khan, on behalf of the Turkish leadership and on his own behalf, on being elected and assuming the office of the prime minister.

He conveyed message of felicitation and best wishes from President Recep Tayyip Erdogan to the prime minister.

He said the Turkish leadership admires vision of the Prime Minister Imran Khan for democracy, education and justice.

Discussing the issues of terrorism and regional peace, the Turkish interior minister appreciated the efforts and sacrifices made by Pakistan in the fight against terrorism.

The prime minister expressed satisfaction over the upward trajectory of Pak-Turkey bilateral relationship and mutual cooperation existing between the two countries.

He offered sharing of Pakistan’s expertise and experience in dealing with the issue of terrorism that not only threatened peace of a country but the entire region.

He also highlighted various steps being taken by the country to deal with the issue of money laundering and illegal immigration.

The Turkish interior minister said Turkey would provide all possible assistance to Pakistan in dealing with the issue of money laundering.

The two leaders also agreed upon the need to put in place a robust mechanism to deal with the issue of illegal immigration.

The Prime Minister Imran Khan conveyed his best wishes for the Turkish president and leadership and extended invitation to President Erdogan and his Cabinet members to visit Pakistan.