Thousands of paramilitary troops deployed in Bangladesh ahead of deadly elections
18 Dec, 2018 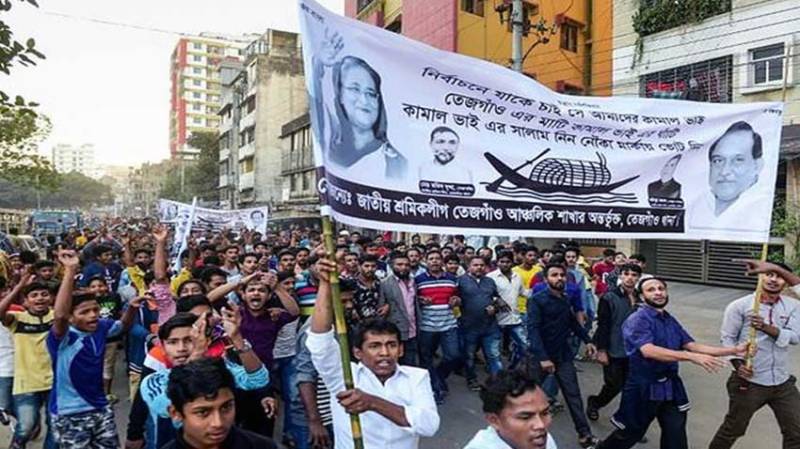 DHAKA - In Bangladesh, more than 20,000 paramilitary guards have deployed across the country amid mounting deadly violence ahead of general election will be held 30th of this month.

At least six people have been killed in clashes over the past week during the bitter campaigning between Prime Minister Sheikh Hasina's ruling Awami League and the opposition Bangladesh Nationalist Party.