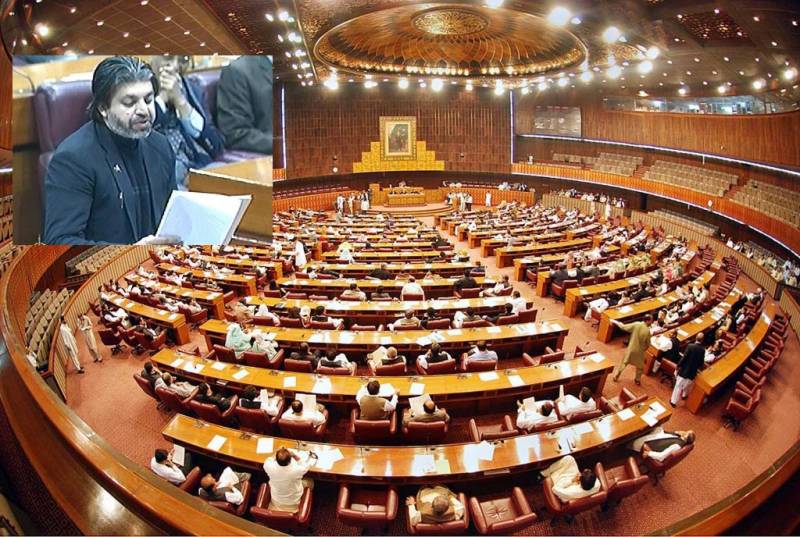 National Assembly passed a resolution with consensus condemning the grave human rights violations in Occupied Kashmir and urging the international community to play its role in resolving the long-standing issue.

The resolution expressed serious concern over the killing of 14 Kashmiris and injuring of two hundred others by Indian security forces in Pulwama district. It saluted and expressed complete solidarity with brave Kashmiri people who have been engaged in peaceful protests to demand their right to self-determination.

It said the brutal tactics of occupation authorities cannot deter Kashmiris for their genuine demand of freedom. It also welcomed the statement of OIC on the human rights situation in Occupied Kashmir. It urged the government of India to bring an end to all human rights violations and state terrorism, lift the restrictions on press and internet and give the rights to people in Occupied Kashmir.

The resolution reiterated that Pakistan will continue providing diplomatic, moral and political support to Kashmiris in their just struggle for freedom.

Both resolutions were moved forward by Minister of State for Parliamentary Affairs Ali Muhammad Khan.

Minister for Human Rights Dr. Shireen M. Mazari said the PTI government will devise a comprehensive and robust policy to highlight the issue of Kashmir at every world forum. She lamented that our Kashmir policy has not been vibrant since the last many years, due to which India could not be pressurized effectively.

She said successive governments did not raise this issue vociferously at the relevant international forums. Shireen Mazari said the report of UN Human Rights Office on human rights violations is a welcoming development and it was long overdue. She said we must give the world a conflict resolution model to resolve the decades’ long issue.

Speaking in the house, PPP Leader Raja Pervaiz Ashraf said political parties across the spectrum are united in condemning the gross human rights violations in Occupied Kashmir. He PPP leadership always raised the issue of Kashmir very strongly to rid the people of Kashmir from Indian occupation.

Referring to war on terror, Raja Pervaiz Ashraf said the APS incident can never be forgotten in which innocent children were martyred by terrorists. He said his party has a clear stance against the scourge of terrorism as the former Prime Minister Mohtarma Benazir Bhutto was martyred in a terrorist attack. He said Pakistani nation is brave and resilient and will successfully defeat this evil.

Taking the floor, Leader of the Opposition in the National Assembly Shahbaz Sharif said the nation is united to defeat the menace of terrorism. He said the tragic incident of terrorist attack on Army Public School in Peshawar in 2014 brought the whole nation together to curtail this scourge. Pakistan Army launched successful operations against the hideouts of terrorists and successfully neutralized them. He said our valiant security forces have made the country a cradle of peace due to their uncountable sacrifices.

Shahbaz Sharif expressed grave concern over the killing of 14 Kashmiris in Occupied Kashmir in the latest act of violence by the Indian security forces. He said the bloodbath of Kashmiris has been going on for decades and the criminal silence of international community on this issue is perplexing. He demanded the government to bring a solid policy to force India to stop its bloodshed in the held valley and give Kashmiris their right to self-determination. He assured opposition’s full support to the government on this issue.

On the issue of thrashing the cameraman of a private TV channel by a security guard of former Prime Minister Nawaz Sharif outside parliament today, the Leader of the Opposition in the National Assembly condemned the incident and assured full cooperation of his party in the investigation.