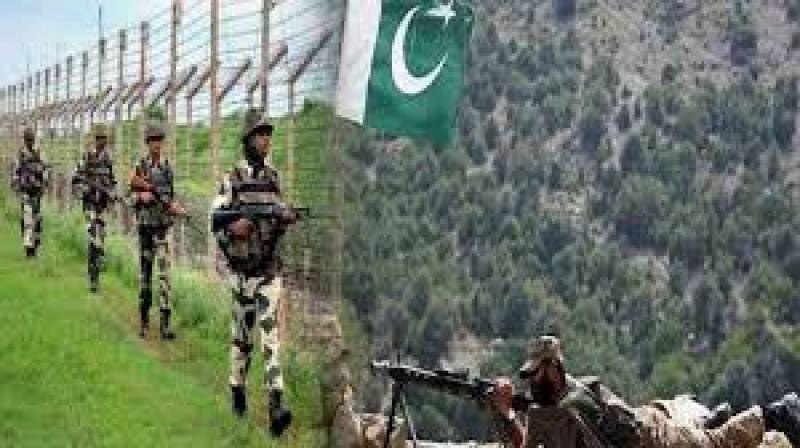 ISLAMABAD- Ministry of Kashmir Affairs and Gilgit Baltistan (KA&GB) had initiated a project worth Rs 3.6 billion for rehabilitation and welfare of people whose houses were destroyed in frequent incidents of shelling by Indian forces from across the Line of Control (LoC).

The ministry had earmarked Rs 564 million for the fiscal Year 2020-21 in the project titled “Rehabilitation of Affected Population residing along Line of Control” that included development of safety bunkers, emergency health units, access roads, and provision of electricity to localities along LoC.

According to an official handout available with APP, the ministry had taken multiple initiatives during the last two years to assist and help the governments of Azad Jammu and Kashmir (AJK) and Gilgit-Baltistan in developing institutions to ensure self-governance, sustainable economic development and political system to

respond to the needs of general public.

A compensation package under the Benazir Income Support Programme was introduced for the affectees of Indian Shelling residing at LoC.

Every day shelling had a direct bearing on the livelihood of LoC residents as it was damaging their houses, shops, fruit trees and crops. Around 503,000 people from 79,992 families reside along the LoC and have been directly exposed to Indian shelling.

Moreover, Sehat Sahulat program were launched across all districts of AJK and GB. During the year 2019-20, the Sehat Sahulat enrolled approximately 79,992 poor families for better access of the region. Through this program “Sehat Insaf Cards” were provided to families resulting in to health care services in hospitals across Pakistan. A 250 bedded hospital was also inaugurated at Skardu.

Earthquake of September, 24, last, struck District Mirpur and adjoining areas and caused widespread damages to Public infrastructure and private properties. In this regard, the ministry took up the matter with National Disaster Management Authority (NDMA) and Finance Division for the adoption of earthquake reconstruction and rehabilitation plan and provision of funds.

Through the GB Reforms the subjects “Minerals, Tourism, Forestry” have been transferred to GB Government which were previously dealt by GB Council Secretariat.

It will ensure better administrative and centralized decision involving the handout added.

Tourist Police Gilgit Baltistan, comprising educated and trained personnel had been established for ensuring safe and secure environment to tourists, as well as access to information and guidance about tourist destinations.

This also facilitate save movement of tourists on KKH (Karakoram Highway) tourist destinations, and support to tourists during ones emergency accident. GB police initially comprised of 150 personnel space.

Some 115 of BS-16 and above recruitment cases of GB had been processed through Federal Public Service Commission.

Every Year 135 educational stipends were granted to the students holding domicile of AK and J&K refugee in 17 disciplines Rs.10, 000 annually with the total financial impact of Rs 1,350,000.

Since illegal abolition of the special status of Indian occupied Kashmir by India on 5th August 2019, the atrocities of Indian forces and struggle of Kashmiris for

self-determination was highlighted by the Ministry through electronic and print media, seminars, processions, making of hand-chains and city branding throughout the country.

Arrears of Jammu and Kashmir State Property Lahore worth Rs 2, 569,334 had been recovered and 33 tenancies were changed which gave an increase in income of Rs 2, 350,000 (-) (+) on account of transfer fee and enhanced rent.