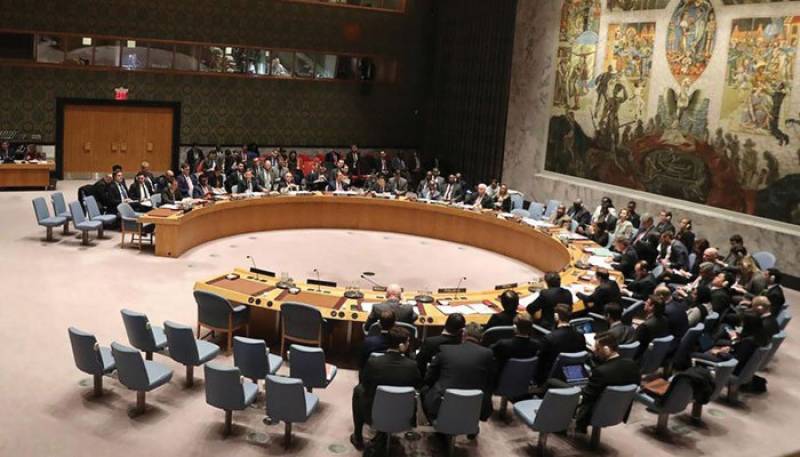 NEW YORK/ISLAMABAD: A worst diplomatic blow has been given to India from UN Security Council over Occupied Kashmir conflict.

The United Nations (UN) on Friday said Kashmir conundrum would be addressed in line with the UN Charter and UN Security Council (UNSC) resolutions in a peaceful manner.

Negating Indian claims, the UN official website said in a statement with reference to the UNSC meeting on Kashmir that Kashmir issue would be resolved as per UN charter and UNSC resolutions.

The statement said Kashmir was not an internal matter of India but a matter of world peace and security which had come under debate within the UN ambit after 1965.

The website cited the UN Secretary General’s statement wherein he expressed grave concern over the situation in Occupied Kashmir.

He had also invited reference to Simla accord reached between Pakistan and India.

The UN observers are present in the disputed territory since long who report LoC violations.