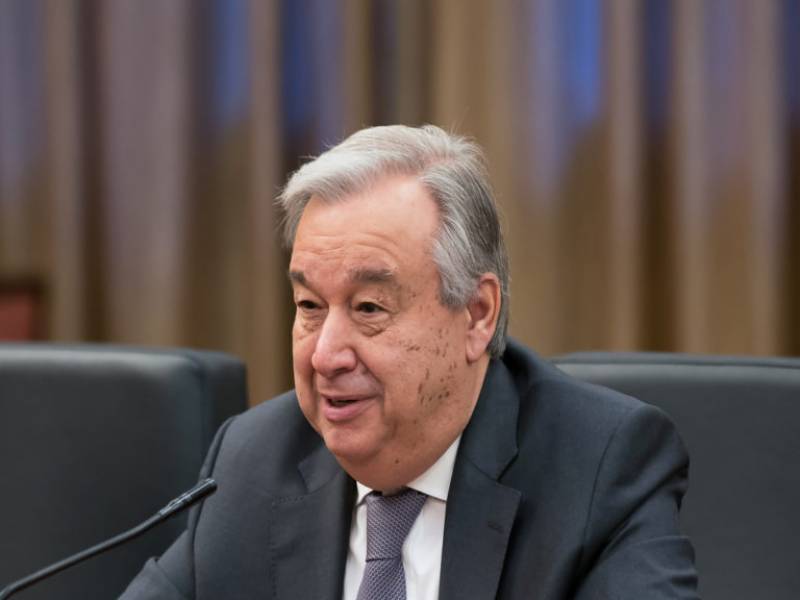 UNITED NATIONS - United Nations Secretary-General Antonio Guterres on Saturday warmly congratulated Imran Khan on the assumption of office as prime minister, with the hope that under his leadership UN-Pakistan cooperation will be further strengthened in various fields, including the world body’s flagship peacekeeping operations around the globe. -

“I trust that under you leadership, our cooperation will be deepened and look forward to meeting you in person during the upcoming seventy-third session of the United Nations General Assembly,” the UN chief said in a letter that conveyed to PM Imran Khan his “warmest personal regards.”

The 193-member Assembly’s session is set to open on September 18, while the high-level general debate will begin on September 25. So far, 154 heads of states/government have confirmed their attendance.

Pakistan, the secretary-general said, has been U.N.’s “reliable partner”, particularly in peacekeeping and via active support of United Nations activities throughout the world.

One of largest contributors of uniformed personnel to UN Peacekeeping, Pakistan currently provides nearly 6,000 military and police personnel to the UN peacekeeping operations in the Central African Republic, the Democratic Republic of the Congo, Haiti, Mali, Somalia, Sudan, South Sudan and Western Sahara.

Pakistan’s UN Ambassador Maleeha Lodhi is co-chairperson of the Group of Troop and Police Contributing Countries to the UN peacekeeping operations, which facilitate an exchange of views on issues of concern to the troop-contributing countries and discussions on responses to the new challenges facing world peace and security.

In his letter to Prime Minister Imran Khan, Guterres also said, “The United Nations looks forward to supporting Pakistan, including through joint projects and the United Nations Country Team, in fighting terrorism and violent extremism, achieving sustainable development goals, promoting human rights as well as in other agreed fields.”

On Friday, Imran Khan was declared elected as prime minister of Pakistan after he comfortably won the vote in the National Assembly.