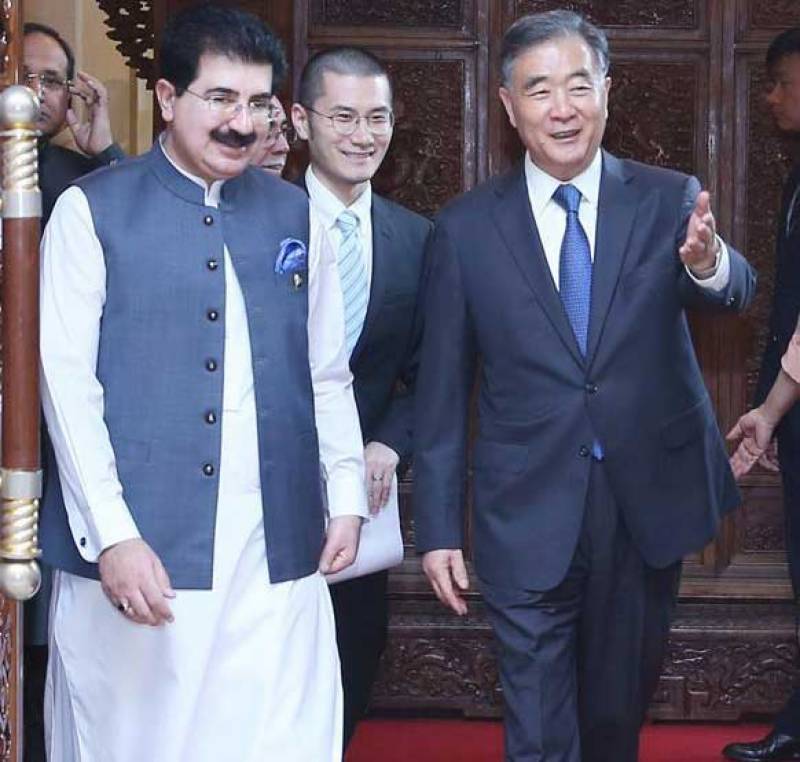 Chairman Senate Muhammad Sadiq Sanjrani has said that China is the closest and strongest friend of Pakistan and Islamabad will continue to support One China policy.

The Chairman Senate said the emerging regional scenario calls for indigenous solution to the issues being faced by the Asia. China can play a major role in overcoming the challenges hampering regional development.

He underscored the need for overcoming trade imbalance as Pakistan strongly believes in free trade regimes and will continue to support all efforts aimed at promoting free trade and open market policies.

Chairman Senate, along with his delegation, also met the Chairman of National People’s Congress Li Zhanshu.

During the meeting, he said Pakistan and China share a common vision for prosperity of Asia and both Islamabad and Beijing must reinforce strategic cooperative partnership by maintaining close engagement on all issues of regional and global importance.

Sadiq Sanjrani said that Pakistan wants peaceful solution to all the issues.

He said that peace and stability in Afghanistan is in the best interest of Pakistan.

He appreciated China for spearheading trilateral mechanism and hoped to get good results through this mechanism.

The Chairman Senate also drew attention of the Chinese leader to the human rights violation committed by the Indian forces in Indian Occupied Kashmir.

On the occasion, both the Chinese leaders thanked Chairman Senate for his remarks and said that China accords high priority to its relations with Pakistan.