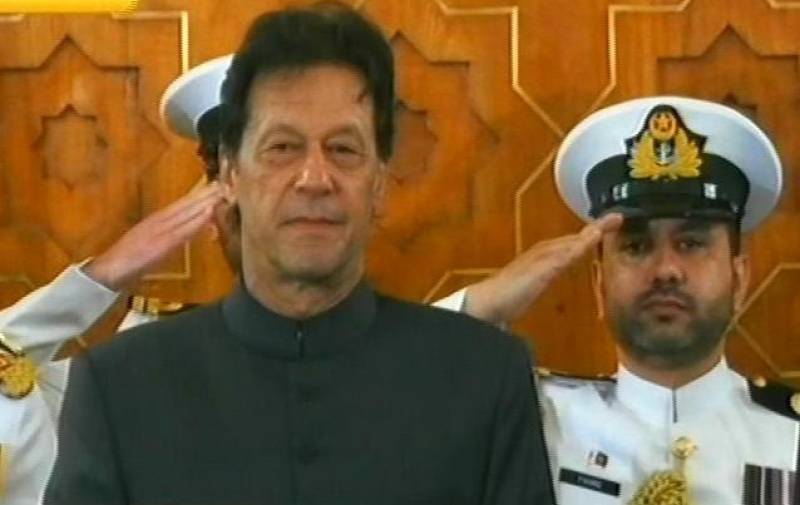 Imran Khan is to take oath as next Prime Minister of Pakistan at a ceremony at Aiwan-e-Sadr in Islamabad this morning.

President Mamnoon Hussain would administer oath to him.

There is a bee-line of guests at Aiwan-e-Sadr to attend the ceremony.

In their media comments, prominent personalities and political figures described today's transfer of power as a dawn of new era.

Former Indian cricketer Navjot Singh Sidhu, who is also attending the ceremony, said he has come to Pakistan with a message of peace and interaction.

PTI leader Faisal Javed hoped that gestures like Sidhu's presence at the oath-taking ceremony would bring the two countries closer.

He said Pakistan and India should resolve their problems through dialogue.