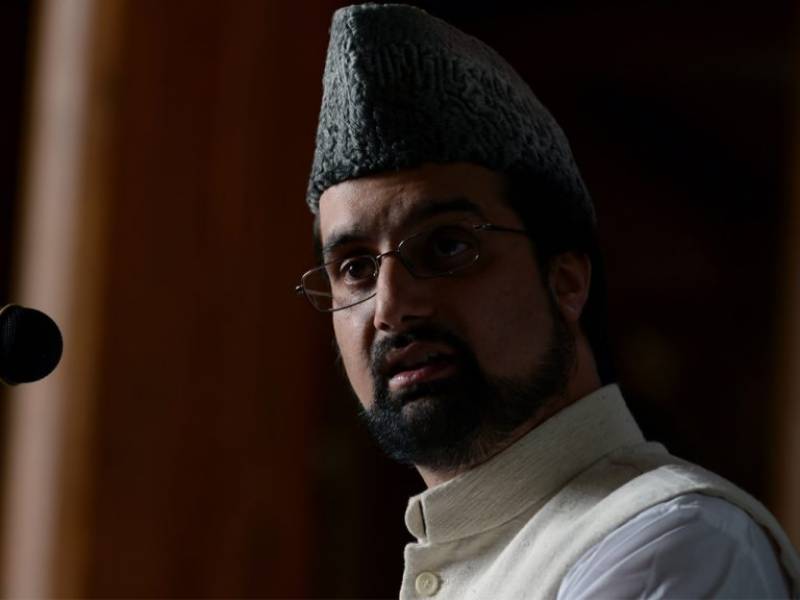 ISLAMABAD: In occupied Kashmir, the Chairman of Hurriyat forum, Mirwaiz Umar Farooq, and other pro-freedom leaders have felicitated Pakistan Tehreek-e-Insaf Chief, Imran Khan, on assuming the office of the Prime Minister of Pakistan and hoped that he will materialize a politically and economically strong and stable Pakistan as dream by Quaid-e-Azam Muhammad Ali Jinnah. -

Mirwaiz Umar Farooq in a felicitation message said that the slogans of New Pakistan raised by Imran Khan depicted his strong determination that he would utilize his capabilities to make his country the advocate of Muslim Ummah, Kashmir Media Service reported on Saturday.

He maintained that Pakistan has always represented the aspirations of the Kashmiri people and extended political, diplomatic and moral support to them as a promoter of the Kashmir cause. He expressed the hope that Imran Khan would make all out efforts for the settlement of the Kashmir dispute.

Hurriyat leaders including Muhammad Yousuf Naqash, Javaid Ahmed Mir and Farida Bahenji in their statements extended heartiest felicitation to Imran Khan on becoming the prime minister of Pakistan. They hoped that he will take serious measures for prioritizing the just and lasting solution of the lingering Kashmir dispute in accordance with the aspirations of the Kashmiris who are facing the worst kind of Indian state terrorism in their just struggle for securing their right to self-determination.

Meanwhile, the leaders of various organizations under the banner of “Forum for Peace and Territorial Integrity of Jammu and Kashmir” addressing a joint press conference in Jammu warned the government of India against any tinkering with Article 35-A of the Indian Constitution.

The speakers of the press conference included Sheikh Abdul Rehman, Mir Shahid Saleem, I D Khajuria, Jameel Kazmi and Narender Khajuria. Indian Supreme Court will be hearing on 27th August the petitions seeking repeal of the Article 35-A, which grants special rights and privileges to the permanent residents of Jammu and Kashmir. Tehreek-e-Hurriyat Jammu and Kashmir and Salvation Movement in their statements demanded release of all illegally detained Kashmiris before Eid-ul-Azha.

On the other hand, Indian troops arrested three youth and vandalized property during a cordon and search operation in Bhan area of Kulgam district, late last night. Tehreek-e-Hurriyat in a statement denounced the troops’ brutal actions.

The pellet gun victims staged a silent protest at Press Enclave in Srinagar, today, against the apathy of the authorities towards their plight. - APP