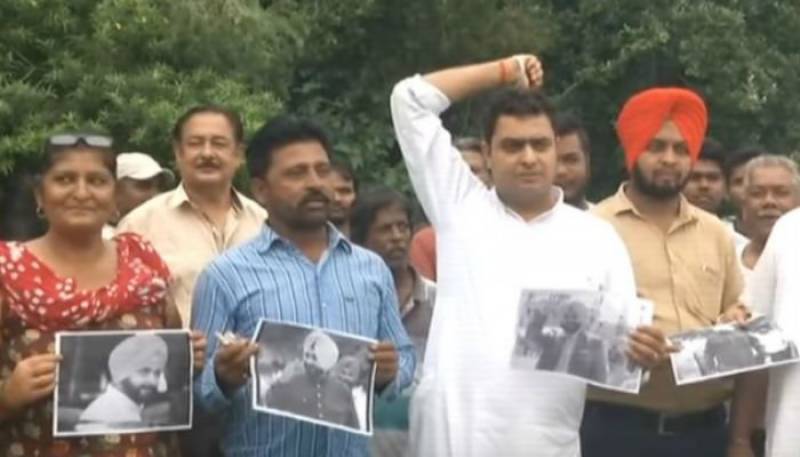 Sidhu kept reiterating that he came to spread the message of love and peace between the two countries, however his trip did not receive a good response from Indians.

Some of the protesters even burnt an effigy of the cricketer and chanted slogans against him.

One of the protesters even remarked, “How could he attend Imran Khan's oath-taking ceremony and hug Pakistan's Army Chief being Punjab's cabinet minister when India is mourning the death of former PM Atal Bihari Vajpayee,” reported Indian media link .