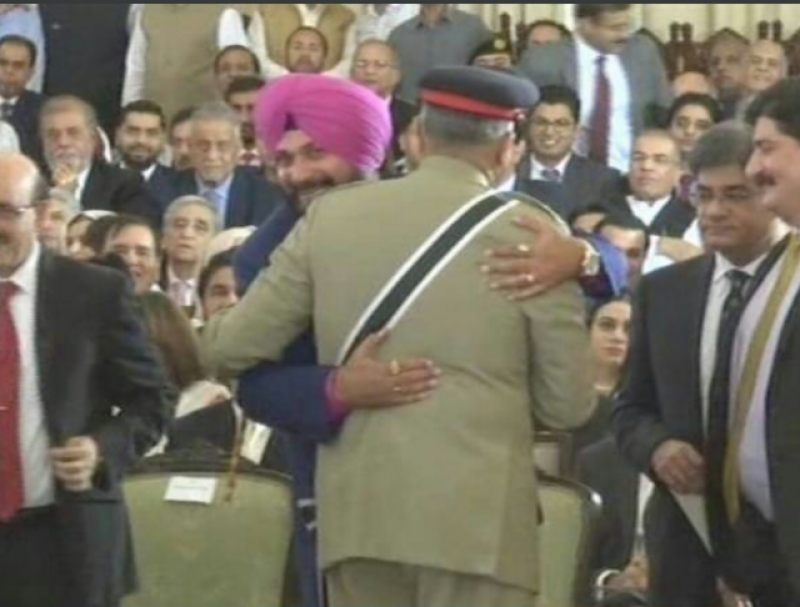 He stood up as soon as he came across Pakistan’s military chief and had an interaction with him – for a noticeably longer time.

Sidhu and General Bajwa were seen exchanging pleasantries in a cordial manner which was noticed by the political commentators around.

Sidhu has arrived in Pakistan on an invitation extended by Imran Khan for the oath-taking ceremony. He is accompanied by Imran Khan’s former class fellow, Vikram Mehta.

Earlier, talking to media, Pakistan Tehreek-e-Insaf’s Senator Faisal Javed, expressed that Sidhu was popular across Pakistan to the extent that he could contest any elections.