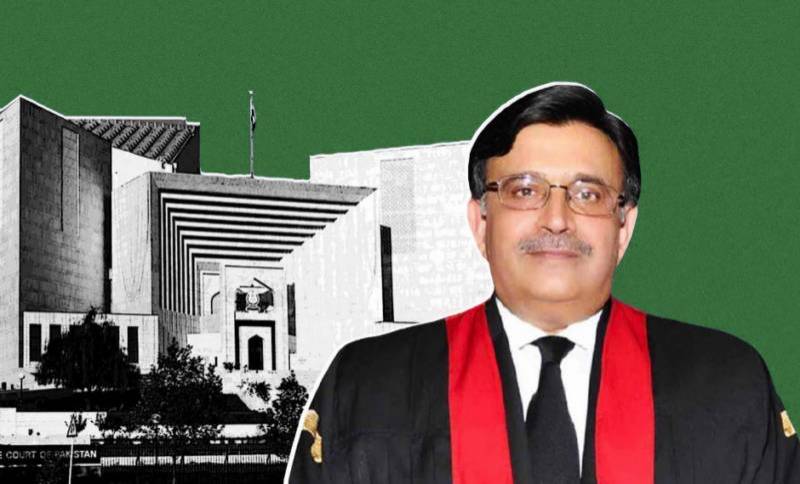 ISLAMABAD – Chief Justice of Pakistan Justice Umar Ata Bandial on Monday cleared the air days after ousted PM Imran Khan asked the judiciary to explain the justification behind opening its doors at midnight.

During the hearing of presidential reference seeking interpretation of Article 63-A of the Constitution of Pakistan. A five-judge bench of the apex court led by the CJP Bandial heard the case.

He further mentioned that 10,000 to 15,000 people gathered at a place and started criticizing court decisions. CJP vowed to continue performing constitutional responsibilities, saying the courts would defend the constitution.

CJP said the judiciary is cursed for doing its job and protecting the Constitution. Why should the court get involved in your political matters?" he said while addressing Islamabad Advocate General Niazullah Khan Niazi.

CJP responded days after the former Prime Minister directly called out the judiciary during the Karachi rally. I have spent time in jail because of freedom of judiciary, Khan mentioned while addressing a charged crown in the seaside metropolis, adding he hopes that one day the judiciary would stand with the weak people of the society, and not the powerful.

He asked what crime had he committed that top judicial members opened up the courts at midnight?"